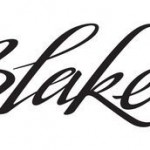 TORONTO (September 16, 2013) – Blake, Cassels & Graydon LLP, one of Canada’s leading business law firms, today announced that Scott Wilkie was appointed to the International Fiscal Association (IFA) Permanent Scientific Committee (PSC). The announcement was made at the IFA’s annual meeting in Copenhagen at the end of August.

“The PSC is the key global IFA committee responsible for the professional activities of the global IFA organization. Traditionally, Canada has had at most one representative on this highly visible and important international committee,” said Jeffrey Trossman, Practice Group Leader of the Blakes Tax group. “We are very proud of Scott’s accomplishment, which demonstrates that our Tax group, including our transfer pricing practice and our international tax practice, is widely recognized by the Canadian and international tax bar.”

The PSC, of which Scott is now a member, is composed of leading tax academics and tax practitioners from around the world whose terms are staggered to contribute a measure of continuity that sustains the committee’s permanence. It is “scientific,” in IFA language, because its work is the substantive research work of the organization. One of IFA’s functions, and that of the PSC in particular, is to “see” years into the future about where developments, even latent developments in international tax, may be headed. Members of the PSC gain a profound understanding of long-term trends in the development of tax law and policy. Its long history is closely associated with work in the tax area of several international organizations.

About the Tax Group at Blakes

Blakes Tax lawyers provide comprehensive professional advice in all areas of Canadian tax. Members of the group are based in each of our offices across Canada and include national leaders in all areas of Canadian tax, including cross-border structuring, multi-jurisdictional reorganizations, transfer pricing and tax controversy. Blakes is widely recognized as a leader in Canadian tax, having been named “Tax Firm of the Year” for five consecutive years by International Tax Review (2008 to 2012 inclusive.)

At Blake, Cassels & Graydon LLP, we serve a diverse national and international client base and our integrated office network provides clients with access to the Firm’s full spectrum of capabilities in virtually every area of business law. Blakes has offices across Canada and in New York, Chicago and overseas. Thanks to our clients and the challenging work they generate, in 2013, Blakes was named “Law Firm of the Year: Canada” by Chambers and Partners. This is the fourth time we have been honoured with this award, more than any other Canadian firm. Blakes was also named “Canada Law Firm of the Year” for the fifth consecutive year by Who’s Who Legal. For the last five years, Blakes has been the busiest Canadian M&A law firm, according to Bloomberg and Thomson Reuters league tables.