Perkins Coie – At the annual “SEC Speaks” conference held February 19-20, 2016, in Washington, D.C., the U.S. Securities and Exchange Commission’s senior leadership reviewed the agency’s efforts and priorities in 2015 and previewed upcoming trends for 2016 and beyond.

SEC Chairman Mary Jo White’s opening remarks cautioned that the SEC should not be considered a mere “disclosure agency,” as she promised to use all of the tools at the SEC’s disposal to carry out its regulatory mission.

Chairman White underscored that these tools have broadened in recent years, ranging from proprietary technology used to monitor and detect market fraud, to enhanced regulatory authority under the Dodd-Frank Act.  Looking back at 2015’s accomplishments, Chairman White said the agency brought an unprecedented number of enforcement cases, had a record number of orders requiring penalties and disgorgement, and performed exams at a level not seen for the past five years.

Looking toward an election year when the Commission itself is in a period of transition—the Senate has yet to confirm replacements for outgoing Commissioners Aguilar and Gallagher—Chairman White insisted that the Commission could “carry forward” its business with just three Commissioners.

She added that the Commission would largely focus on its core mission of protecting investors, and cited the SEC’s continuing efforts to implement a uniform fiduciary duty for broker-dealers and investment advisors, increase advisor exams, finalize rules aimed at greater oversight of proprietary traders and alternative trading systems, and increase disclosure demands on order routing and algorithmic trading practices.  Despite the Commission vacancies, election-year politics, and a spate of constitutional challenges to the SEC’s use of administrative proceedings, White’s closing remarks promised a business-as-usual agenda, and stressed that the SEC would continue to operate “without fear or favor according to the rule of law.”

Below is a summary of additional enforcement initiatives that were discussed by senior SEC leadership during the conference.

Coming off a ten-year high-water mark of 30 trials in 2014, the SEC took 27 cases to trial in federal court in 2015 and boasted a win every time.  It is worth noting, however, that this undefeated record includes instances in which the SEC may have prevailed on lesser charges, while failing to establish more serious, scienter-based conduct.[1]

In response to growing criticisms that the SEC is opting to bring enforcement actions in its own administrative proceedings because of a perceived “home court advantage,” the SEC’s Chief Litigation Counsel, Matthew Solomon, adamantly dismissed such claims as “garbage,” noting that the SEC brings most contested cases—approximately 70%— in federal district court.  Solomon further noted that while the SEC was undefeated by its measure in federal court in 2015, the agency actually lost cases before its own administrative judges over the past year.[2]

Solomon also touted recent proposed changes to the discovery rules, as well as the SEC’s disclosure of its forum selection guidelines, as further evidence that the use of administrative proceedings is “fundamentally fair” and an important part of the overall enforcement program.  Indeed, the SEC successfully overcame constitutional attacks on its administrative proceedings in both the Seventh and D.C. Circuits in 2015, and on Wednesday, February 24, the Eleventh Circuit will hear oral argument in Hill v. SEC, a case challenging the SEC’s use of administrative actions under the Constitution’s Appointments Clause.  While many anxiously await the outcome of Hill—which could result in a circuit split if the court parts ways with the Seventhand D.C. Circuits—Solomon reiterated that the SEC stands on firm ground and predicted another successful outcome.

Despite Solomon’s strong backing of the SEC’s in-house tribunals, recent trends have shown that the administrative process is being used less frequently, particularly in the context of disputed cases.  Nevertheless, the SEC has demonstrated that it will continue to utilize administrative proceedings where it deems appropriate, and will not shy away from constitutional challenges to this process.

While conceding that the Second Circuit’s ruling in Newman was a setback, the SEC remains optimistic that courts will not extend its ruling, especially because to date, Newman’s reach has largely been limited to its facts.  By way of example, Stephanie Avakian, Deputy Director of Enforcement, referenced the Ninth Circuit’s decision in United States v. Salman, which held that the personal benefit test is satisfied when inside information is provided to a relative as a gift; andUnited States v. Riley, which held that career advice and investment advice can satisfy the personal benefit test under Newman if the provision of such advice suggests a quid pro quo relationship.[3]

In 2016, insider trading will remain an enforcement focus.  The SEC continues to use data analytics to analyze market information and identify outlier or suspicious trades.  SEC leadership reported that five insider trading cases have been brought thus far through the use of these tools.

Algorithmic traders should also expect to remain within the SEC’s crosshairs in the year ahead.  John Roeser, Associate Director of the Office of Market Supervision, said the SEC will propose rules to expand broker-dealer record retention rules to include algorithmic trading records, such as source code records.  Despite acknowledging industry concerns over potentially being compelled to disclose proprietary source code, Director Roeser stated that it is “essential those records be available to the Commission to conduct market oversight and investigations.”

Stephen Luparello, Director of the Division of Trading and Markets, added that the availability of such records further increases the ability of firms to exercise obligatory supervision and oversight.

Broker-dealers, however, may receive some company on the examinations front.  In comments to reporters during the conference, Chairman White said she plans to shift 100 broker-dealer examiners to advisor exams throughout 2016, and will work to increase the advisor exam rate to more closely resemble the Commission’s broker-dealer coverage.

FCPA Enforcement off to Strong Start

The SEC’s Chief of the Foreign Corrupt Practices Act (FCPA) Unit, Kara Brockmeyer, highlighted that the agency’s enforcement record in 2015 included fourteen FCPA cases and hundreds of millions of dollars in disgorgement and penalties.  Chief Brockmeyer added that the SEC has already brought six FCPA cases in 2016, including three cases in parallel proceedings with the U.S. Department of Justice (DOJ).

In the coming year, Chief Brockmeyer predicted several enforcement trends, including continued cooperation with law enforcement agencies in foreign jurisdictions; continued scrutiny in certain key industries; and an increase in SEC-only cases (i.e., without a parallel DOJ action), particularly in cases involving books and records violations and no (or less egregious) anti-bribery violations.

Chief Brockmeyer reported significant strides in international cooperation and noted that the SEC worked with 24 other countries in cases brought in 2015.  For example, the SEC worked closely with Dutch authorities and law enforcement in thirteen other jurisdictions as part of its investigation into VimpelCom Ltd., which resulted in a global settlement of $795 million just last week.

Chief Brockmeyer further noted that the SEC has a number of significant cases in the pipeline and will continue to focus on certain key industries.  For example, Brockmeyer noted that the pharmaceutical industry will receive renewed scrutiny in 2016, as will the financial services sector.  Indeed, in light of the SEC’s 2015 settlement with a financial institution for providing internships to unqualified relatives of foreign government officials, the SEC plans to give particular scrutiny to financial services institutions and their hiring practices and internship programs in the coming year.

Gatekeepers Still in the Crosshairs

The SEC reiterated its focus on holding gatekeepers accountable through its enforcement powers.  The SEC believes attorneys, auditors, underwriters, and directors serve as the first line of defense for investors, and are held to a higher standard for that reason.  Mincing no words, the staff described gatekeepers as the “neighborhood watch” that will be held accountable for failures to fulfill this function.  Thus, the SEC believes that gatekeepers, by reason of their role, can also be held accountable for falling short of applicable standards of conduct, whether legal or professional.  That is not to say that the SEC intends to second-guess the judgment of professionals with the benefit of hindsight; rather, there are certain minimum standards of conduct that must be followed, and practicing outside one’s area of expertise, failing to investigate known issues or risks, or abdicating one’s role entirely (as in the case of an attorney who wrote a legal opinion without conducting the necessary due diligence) will result in adverse consequences.

In addition to imposing liability on both individuals and professional firms as gatekeepers, the SEC may seek remedies over and beyond the usual disgorgement and penalties.  Depending on the nature of the case, the SEC has frequently sought and obtained suspensions and bars against culpable gatekeepers from appearing and practicing before the Commission, as well as imposing specifically tailored restrictions on a gatekeeper’s ability to act as a supervisor, take on new business, or provide advice relating to certain topics.

Whistleblower and Cooperation Programs Getting Results

In 2015, the fifth year of the SEC’s Whistleblower Program, whistleblowers received $37 million in rewards.  To date, whistleblowers have received $54 million, with the single largest award being $30 million.  The Office of the Whistleblower received 4,000 tips in 2015, representing an increase of 40% since the program started in fiscal year 2012.

The SEC warned that it is also taking a close look at confidentiality agreements to ensure that they contain a carve-out for government reporting.  In 2015, it brought its first case against a company for using improperly restrictive language in an employee confidentiality agreement that could have impeded the employee’s ability to report potential securities violations to the SEC.[4]  With KBR as precedent, the SEC will continue to take action against perceived restrictions on the ability of potential whistleblowers to report conduct to the SEC.

The SEC further warned that companies that decide against self-reporting “are taking a gamble” that the SEC does not learn about the conduct in question from its Whistleblower Program.  The SEC entered into six non-prosecution agreements and nine deferred prosecution agreements based on the cooperation of its investigative targets.  However, the SEC made clear that cooperation is a mandatory prerequisite for those interested in obtaining these relatively favorable settlements.

The coming year will likely be a year of significant transition for the Commission.  As noted above, the Commission is currently functioning as a trio while awaiting two additional confirmations from a highly polarized Senate.  This gridlock could even plague the Commission itself, should disagreements on policy or a recusal of one of the remaining three Commissioners impact the agency’s rule-making function.  Moreover, basic tenets of the SEC’s enforcement regime are in flux, as a litany of post-Newman cases and challenges to the constitutionality of SEC administrative proceedings work their way through the courts.

Given these challenges, the message from this year’s SEC Speaks appears to be a focus on its core mission of investor protection and a back-to-basics enforcement regime—where constituents such as broker-dealers, investment advisors, gatekeepers, and industries such as finance and pharmaceuticals should prepare for another year in the enforcement spotlight. 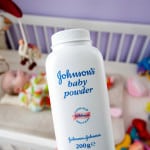