Spilman Thomas & Battle PLLC – The shale boom has given rise to another, less welcome boom: the bankruptcy boom. Thirty-five exploration and production (“E&P”) companies sought bankruptcy protection between July 1, 2014, and December 31, 2015, and this appears to be only the tip of the iceberg.

According to Deloitte, 35 percent of the approximately 175 publicly traded E&P companies, with a total debt of $150+ billion, are at risk of requiring bankruptcy protection within the next year.

Bankruptcy is not a new phenomenon in the oil and gas industry. What is new, however, are the attempts by E&P companies to shed costly gathering agreements with midstream operators that process the gas and bring it to market.

These agreements were signed in the halcyon days of the shale boom and require E&P companies to deliver minimum volumes of gas or, failing to do so, make a deficiency payment. To protect the significant capital investments necessary to gather, process and transport the gas, midstream operators placed covenants in the agreements that purported to “run with the land.” Midstream operators believed that, because covenants running with the land cannot be rejected in bankruptcy, their agreements would remain safe. 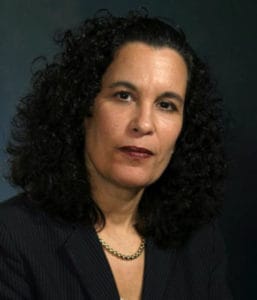 At issue were gathering agreements that Sabine Oil & Gas Corporation and related entities (“Sabine”) had with Nordheim Eagle Ford Gathering, LLC (“Nordheim”) and HPIP Gonzales Holdings, LLC (“HPIP”). Sabine argued that those agreements, which required delivery of minimum volumes of gas or deficiency payments in lieu thereof, were no longer financially viable and should be rejected in bankruptcy.

Neither Nordheim nor HPIP seriously contested that Sabine’s rejection of the midstream agreements was not a reasonable business decision of the sort typically allowable in bankruptcy.

Rather, Nordheim and HPIP argued that certain covenants in the agreements – including those requiring delivery of minimum volumes of gas or deficiency payments in lieu thereof – run with the land and could not be rejected. In effect, Nordheim and HPIP’s argument would allow Sabine to escape the frying pan only to find itself right back in the fire.

As Judge Chapman noted in her decision, the law of real covenants is “arcane,” “anachronistic” and an “unspeakable quagmire.” The general rule under the Texas law governing the agreements, however, is that a covenant runs with the land when:

Applying this test, Judge Chapman concluded that Nordheim and HPIP’s covenants do not run with the land and, hence, are subject to rejection in bankruptcy. Although it oversimplifies a nuanced analysis, Judge Chapman clearly believed that the covenants did not reserve or affect any property interest, but rather identified and delineated contractual rights and obligations.

Judge Chapman’s conclusions on whether the Nordheim and HPIP covenants run with the land are non-binding. Nonetheless, they have sent shockwaves through the industry. Quicksilver Resources, Inc. (“Quicksilver”) had made similar arguments in the U.S. Bankruptcy Court for the District of Delaware in favor of rejecting its gathering agreement with Crestwood Midstream Partners (“Crestwood”).

An immediate effect of Judge Chapman’s Sabine decision has been to lead seemingly well-situated midstream operators to renegotiate their agreements with struggling E&P companies. These midstream operators have understandably viewed the bitter pill of renegotiation as preferable to the rejection of the agreements and the potential loss of the revenue needed to defray their capital investments. The parties in the Sabine matter, however, are pressing forward.

They have asked Judge Chapman to issue a final, binding decision on whether the Nordheim and HPIP covenants run with the land and, hence, cannot be rejected in bankruptcy.

The outcome of this final decision likely will determine whether initial renegotiations following Sabine were precipitous or prescient – at least, that is, until the Texas Supreme Court weighs in to settle this issue of state law once and for all.