Slater & Gordon, the first law firm in the world to be publicly floated on the stock exchange, has called in advisors as it’s financial position appears increasingly fragile.

The Australian reports that the firm is in the middle of negotiations with its bankers after reporting a AUD$958 million loss for the six months to December 2015.

Advisor Grant Samuel’s appointment came after the law firm hired Bryce Houghton as chief financial officer in November. Mr Houghton is said to be close to Grant Samuel and has worked with the advisory firm in the past.

Grant Samuel has provided debt capital market advice to a slew of firms, advising Navitas on a $400m capital structure and debt refinancing deal in 2014.

It is unclear what the advisory firm’s role is, but it is likely the firm will be helping Slater & Gordon restructure its debt covenants to create headroom and prevent any breach of debt-to-equity ratios, which could prompt the banks to call in its loans.

The firm’s banking syndicate, which includes Westpac, NAB, Citi and Macquarie, have given Slater & Gordon until the end of the month to agree on a restructure or face the early repayment of more than $700m in debts.

It is not known exactly what the company’s debt covenant is, but the company has worked towards improving its assets with features such as motor accident and medical services hotlines, with the intention of generating more cash flow and reducing debts.

Macquarie analyst Michael Higgins said at the time he suspected the law firm had “made the decision to wind down active files in Australia as they focus on cash generation”.

“While the group remains in compliance with its financial covenants, it remains in a precarious position given the poor first-half cash performance (in Britain),” he said. 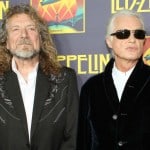