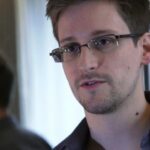 The man labelled various as a traitor or an online libertarian and hero, Edward Snowden, has now become the subject of a federal criminal complaint after prosecutors filed alleged violations of the Espionage Act and theft of government property.


The US government will be seeking to have Snowden returned to the US from wherever he currently resides to face the charges which related to unauthorized communication with regard to national defense information and with providing classified material to an unauthorized person.

The LA Times reports that the complaint was filed under seal June 14 in U.S. District Court in Alexandria, Va., and made public Friday evening by government officials.

The complaint now launches what could become a complex, drawn-out extradition process to return Snowden, a former U.S. intelligence handler who turned 30 on Friday, back to the Washington area for prosecution.

A government official, speaking anonymously because the case is still under investigation, said U.S. officials hoped the charges would be enough to satisfy authorities in Hong Kong to begin the extradition process. That process could become bogged down if Snowden fights extradition and argues that he is being singled out and prosecuted for political reasons.

The official added that a more formal, federal grand jury indictment against Snowden probably would follow this summer. “We’re just getting underway,” the official said.

Sen. Bill Nelson (D-Fla.), a senior member of the Senate Armed Services Committee, said the Justice Department move confirmed his view that the leak was “a treasonous act.”

“I hope Hong Kong’s government will take him into custody and extradite him to the U.S.,” said Nelson, who has been outspoken on the Snowden case.

Snowden is believed to be hiding in Hong Kong, a semiautonomous region of China. This month he began leaking classified material to the Guardian and Washington Post newspapers about two secret NSA programs that collected troves of telephone logs and Internet postings in this country and abroad.

The leak of the material sparked a firestorm, with allegations from both Republicans and Democrats that the Obama administration had gone too far in its secret eavesdropping networks. But the president and others defended the programs, saying this kind of secret data collection was needed to alert U.S. national security officials about potential terrorist plots at home and abroad.

Snowden, in a video message, asserted that he had leaked the material and that he believed it was in the nation’s interest to know the reach of U.S. intelligence gatherers.

The paper, citing British intelligence memos, alleged that British spies were tapping into the world’s network of fiber-optic cables to deliver the “biggest Internet access” of any member of the Five Eyes — the name given to the espionage alliance composed of the United States, Britain, Canada, Australia and New Zealand.

Whatever way the Snowden case develops, the British revelations and general online surveillance and privacy issues have moved right back to center stage.