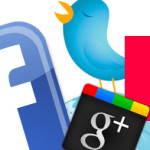 User-generated-content (UGC) is all the rage for some attempting to market themselves.  The material below, “Legal concepts every social media marketer should know” looks at what those engaged with social media and online marketing need to know regarding the use of UGC when it is incorporated in their campaigns or marketing efforts.

The article comes from iMedia Connection blog.
[wp_ad_camp_2]
Companies are looking for online interaction with customers, a solid presence on social media, and other dynamic ways to connect with potential consumers. Often, this means campaigns and their websites will rely on some form of “user generated content” or “UGC”. Typical UGC includes videos, photographs, graphics, reviews, and any other commentary posted by a user.

There are a few keys areas of law concerning UGC all social media and online marketers should be familiar with:

In addition to complying with platform rules, marketers should ensure to structure their sweepstakes and promotions in a way that does not violate state lottery laws. An illegal lottery exists when there are three things: a prize, chance, and consideration (money or something of value which must be given to participate). You can typically avoid classification as a lottery if all that is required to enter the promotion is a “like” or a “Tweet”—these are generally not considered “consideration.” Alternatively, if the promotion requires some skill (e.g. a “design our logo contest”), this may avoid classification of a lottery because the element of “chance” is removed. That said, see the section on “crowdsourcing” below.

To qualify for the DMCA safe harbor, a company must adopt and implement a termination policy for “repeat infringers.” Although a provider has no duty to monitor for infringing conduct, it must have a procedure in place to identify and remove repeat bad apple offenders. Along those lines, social media entities hosting UGC should have a clear and working “copyright take down policy” in place, meaning that websites must have a system to promptly remove copyrighted material when identified by the copyright holder pursuant to a “takedown notice.” We’ve almost all seen take down policies in action on YouTube—you click a video only to see the ubiquitous “This video has been removed due to copyright infringement” message. This is YouTube enforcing its DMCA takedown policy. As part of a robust take-down policy, companies should have a designated “copyright agent” registered with the Copyright Office to receive the take down notices concerning potentially infringing material.

In addition to taking the basic steps to qualify for the safe harbor, companies should also be careful not to get too involved in the UGC they are storing at the direction of their users. Once a company crosses the line from host to editor, retaining safe harbor status may prove very difficult.

A couple of recent cases provide some additional helpful illustrations of what is and what is not acceptable conduct for websites hosting user reviews if they want to qualify for section 230 protection. In the first case, Seaton v. TripAdvisor LLC, a federal judge in Tennessee ruled that it wasn’t defamation when TripAdvisor.com named the Pigeon Forge Grand Resort as the “Dirtiest Hotel in America” based on an internet survey. In tossing the case, the sticking point for the judge was that the highly un-coveted title of 2011’s Dirtiest Hotel was a matter of subjective opinion and not fact. The website and its users who reported such tidbits as “dirt at least ½” thick in the bathtub” thus couldn’t be liable for defamation. By contrast, in Jones v. Dirty World Entertainment Recordings LLC, the defendant was held liable for comments posted to its site. In this case, gossip site “TheDirty.com” was sued by a (now former) Bengals cheerleader after a post went up titled “The Dirty Bengals Cheerleader” and included some user comments that the plaintiff had slept with the entire Bengals football team. The key point for the judge here? The site appeared to be designed to encourage such inflammatory and false content. The owner of the site even participated in posting defamatory comments, in this case, eliciting his own lowbrow comment about the plaintiff’s sex life. Thus, in contrast to the TripAdvisor case, TheDirty was found liable for defamation.

One final point on user reviews that bears reiterating, you should steer clear from any online marketing activity that even comes close to looking like bogus online reviews. As we mentioned in Part II of this series, generating false reviews is a strict no-no and hot button issue for regulators. Just this past week for instance, the New York Attorney General settled for $350,000 with 19 companies accused of “astroturfing” or generating false online reviews for their clients.

Conclusion
“Running it by legal” doesn’t have to be a chore or wet blanket on top of a new online campaign. A little knowledge of what legal is looking for can help facilitate a better dialogue between you and your lawyers and get your marketing or social media campaign rolling faster. Some knowledge on the front end of the common legal pitfalls for marketers can also prevent costly and irksome delays that often can arise. This four part series does not aim to be the end all and be all of the Law of the Internet, but it is a good starting point summary of the laws out there that can affect your bottom-line. Finally, in light of the positive reception we’ve received from readers – turns out some of you do like to hear from law talking guys – we are going to be permanent fixture on the blogging set. So stay tuned in the coming weeks for posts covering everything from cutting-edge topics like native advertising to informative updates on past privacy and online advertising posts.