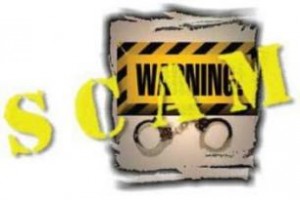 According to the allegations contained in the Indictment and statements made at the plea proceedings:

From 2002 to January 2005, SPARROW and co-defendant Masroor A. Khan (“Khan”) orchestrated and carried out an extensive fraudulent scheme relating to investments in rare, collectible coins. The defendants solicited victims to invest in rare, collectible coins through Lloyd’s & Associates Asset Management Ltd. (“LAM”), a purported collectible coin and precious metal business run by SPARROW. The victims were directed to wire funds – purportedly for investments in rare coins – to LAM bank accounts in New York that SPARROW controlled. Khan and SPARROW told the victims that these funds would be used to purchase coins that would then be held at Pinnacle Depository Service (“Pinnacle”), a purported coin depository and secure storage area, which was also run by SPARROW.

However, rather than purchase coins with the victims’ funds as the defendants had promised, SPARROW simply diverted the vast majority of the money, totaling approximately $16 million, to a bank account in Cyprus controlled by LAM. To prevent the victims from discovering the theft of their investment funds, SPARROW maintained a website where victims were given false information about the value of the coins they supposedly owned. SPARROW deliberately discouraged victims from coming to view their coins in person and, when certain victims insisted on doing so, he staged elaborate ruses to prevent them from seeing more than a few coins.

Beginning in late 2004, victims began to demand the return of their funds. In response, in January 2005, SPARROW closed the New York office of LAM and fled to Spain, from which he was subsequently extradited after being charged in this case.

At today’s proceeding, Judge Sweet also ordered SPARROW to pay $16 million in forfeiture and $16 million in restitution, and a $200 special assessment fee.

Khan remains a fugitive from the charges contained in the Indictment.

Mr. Bharara praised the outstanding investigative work of the FBI. He also thanked the Spanish National Police for their assistance in the arrest and extradition of SPARROW.

This case is being handled by the Office’s Complex Frauds and Cybercrime Unit. Assistant U.S. Attorney Alexander J. Wilson is in charge of the prosecution.

The pending charges against Khan are merely accusations, and he is presumed innocent unless and until proven guilty. 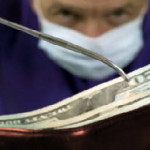 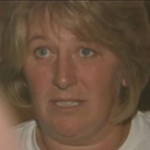