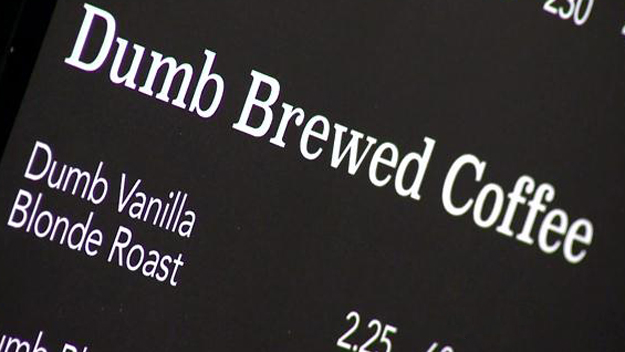 Here’s a problem for the world’s biggest coffee shop.  A parody store, “Dumb Starbucks” has stuck a needle up Starbucks nose and stretched legal interpretations of first amendment protection, but violated Starbuck’s trademark and – almost certainly – its public image and credibility.

What does a coffee chain do?

The parody store, which opened in the LA neighbourhood of Los Feliz has taken off Starbucks’ logo and decor, not to mention its menu but affixed the “dumb” label to everything referring to Starbucks.

The store has drawn long lines of eager patrons ready for the dumb experience.  And Starbucks and their lawyers are left fuming.  The Dumb-makers claim they have protection as “fair use” of the name because they were also making fun of Starbucks.

“Although we are a fully functioning coffee shop, for legal reasons Dumb Starbucks needs to be categorised as a work of parody art. So, in the eyes of the law, our ‘coffee shop’ is actually an art gallery and the ‘coffee’ you’re buying is considered the art. But that’s for our lawyers to worry about. All you need to do is enjoy our delicious coffee!”

Starbucks said in a statement it was aware of the store, which was not affiliated. The statement said: “We are evaluating next steps and while we appreciate the humour, they cannot use our name, which is a protected trademark.”

The Guardian asked LA lawyers from different firms who specialize in the area of trademarks and IP law what their view was and whether the store stretched the first amendment.

Starbucks would probably win a trademark dilution claim on the grounds of damage to its goodwill and reputation, said Melissa Dagodag, who cited a federal court precedent in Maine.

“I believe if the case is taken to court,” she said, “the court may be very likely to issue a permanent injunction against the operating of a coffee shop under the name Dumb Starbucks.”

Before taking action, Starbucks would have to weigh the potential for negative publicity, said Dagodag. She guessed the company would go to court: “Trademark owners have a duty to ‘police their marks’, which means they cannot let someone use a potentially infringing mark without taking action. Otherwise, they may lose some of their trademark rights.”

Joseph Mandour, of Mandour & Associates, said to qualify as a parody – and thus avoid trademark infringement – it would have to be clear the Dumb Starbucks store was not associated in any way with the real chain, which has 20,000 outlets worldwide. “In this case, Starbucks can definitely argue that some consumers might think this is a real Starbucks, or at a minimum that it is somehow related to the real Starbucks.”

The case for a parody defence was “definitely questionable” but pursuing those behind Dumb Starbucks in court was as much a question of public relations as legal concerns, said Mandour.

“I think Starbucks obviously won’t want this to continue,” he said, “but Starbucks recently lost a long battle against Charbucks where Starbuck’s aggressiveness in the litigation against a small company was a turn off to the public. The difference in this case is that Dumb Starbucks has copied so many aspects of Starbucks that the Starbucks trademark is at a real risk of dilution.”

Rod Berman, a veteran intellectual property attorney with Jeffer Mangels Butler & Mitchell, said the fact the Dumb Starbucks so far appeared not be selling coffee could help it cite first amendment protection, in which Starbucks might need a survey questionnaire of customers to demonstrate that the store was expressly misleading the public.

Berman noted that Andy Warhol successfully used images of Campbell soup cans and that MCA Entertainment beat a lawsuit by Mattel, the toy maker, which claimed the 1997 pop hit Barbie Girl infringed trademark and sullied the reputation of Barbie. 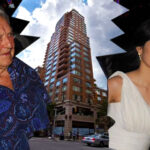