Statement from US Attorney Preet Bharara

“The jury has found what this Office alleged from the outset: these defendants were at the heart of a conspiracy to steal from New York City and its taxpayers. Awarded a lucrative contract to design a streamlined payroll system for the City, instead they built a money-making machine for themselves.

“These three defendants and their partners in crime thought they had made off with nearly $100 million in taxpayer money, far more than they could have made by burglarizing banks, with a fraction of the effort. What they now stand to reap is lengthy prison terms.”
[wp_ad_camp_1] 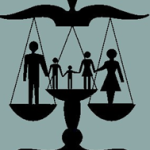