You are here: Home / Celebrity Trials / The Toxic Triangle Case That Challenges The US Supreme Court 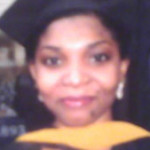 It may appear as a simple love triangle that played the wrong tune, but the case that also appears to have evolved from a tawdry novel is presenting the US Supreme Court with an important constitutional challenge.

The case involves Pennsylvania woman Carol Bond who was convicted of attempting to burn her husband’s lover using chemicals.  But her case has become a landmark one involving protagonists who claim the US government has over-reached in its attempts to assert their constitutional powers.

As Newsweek reports,  Carol Anne Bond’s case is headed for the Supreme Court, the latest round in the ongoing battle between big government and states’ rights.

“It’s a constitutional dispute wrapped up in a sad soap opera,” said Elizabeth Wydra, chief counsel at the liberal Constitution Accountability Center. But the melodrama belies the importance of the issues at stake: The case of Bond v. United States could tip the scales in the right-left struggle over the role of government.

When Bond learned that her best friend was having an affair with her husband and was pregnant by him, she began to suffer from what a psychiatrist would later call an “intense level of anxiety and depression.” She plotted her revenge.

At first, she engaged in garden-variety revenge schemes, sending her friend, Myrlinda Haynes, defaced pictures of her and threatening her over the phone. “I’m going to make your life a living hell” and “Dead people will visit you,” she told Haynes. Bond’s antics landed her a harassment conviction in state court in 2005. But rather than back off, she took her plot to a whole new level.

Bond, a microbiologist from Lansdale, Pennsylvania, settled on a new plan using the weapon she knew best: chemicals. On Amazon she bought some potassium dichromate, a toxic soup used in printing photographs. From her employer she stole a bottle of highly poisonous 10-chlorophenoxarsine, which contains arsenic. Both noxious substances burn the skin when touched and, if swallowed, are lethal even in small quantities.

Between late 2006 and early 2007, Bond made at least 24 trips to the home of her husband’s lover, smearing the chemicals on places where she’d be sure to burn her hands, like the handle of Haynes’s car door. If Haynes were to ingest the liquid, she would become severely ill or even die. The chemicals also threatened the life of Haynes and Clifford Bond’s daughter, now two years old.

However, Bond’s plan was poorly carried out. Potassium dichromate is bright orange, and only once did the chemicals burn Haynes, on her thumb. Haynes notified the local police, who proved to be of little help, suggesting the powder might be cocaine and advising her to wash her car more often. But when Haynes discovered the same toxic concoction on her mailbox, the postal service set up surveillance cameras and caught Bond red-handed.

Federal prosecutors charged Bond under the Chemical Weapons Convention Implementation Act, which Congress passed in 1998 to implement the Chemical Weapons Convention, an international treaty. For attempting to maim her friend and endangering the life of her young daughter, Bond received six years in prison and more than $10,000 in fines and restitution. She was found guilty on two counts of using a chemical weapon as well as two counts of mail theft.