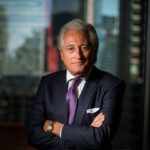 [vc_row][vc_column][vc_column_text]Bill O'Reilly's troubles over sex allegations at Fox News have lead him to one of Wall Street's toughest lawyers - Marc E Kasowitz. Mr Kasowitz comes with a reputation like few others, for handling tough lawsuits and tough clients.  A principal in Kasowitz Benson Torres where his firm profile quotes the CBNBC reference to his being the … END_OF_DOCUMENT_TOKEN_TO_BE_REPLACED 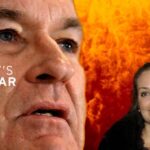 Fox News host Bill O’Reilly is used to headlining the news, but when it comes to his own vicious court case against ex-wife Maureen McPhilmy, O'Reilly has borne witness to some nasty testimony.Reports indicate that in the custody battle over their son and daughter the top-ranking news anchor was accused by his daughter through a court-appointed forensic examiner that … END_OF_DOCUMENT_TOKEN_TO_BE_REPLACED