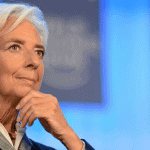 Former Baker + McKenzie chief Christine Lagarde will be the first non-economist and woman to hold the role as president of the European Central Bank. Ms Lagarde was chairwoman of Baker & McKenzie and has since held cabinet positions in the French government and been managing director of the International Monetary Fund sincve 2011. The ECB role is essentially a policy … END_OF_DOCUMENT_TOKEN_TO_BE_REPLACED