The bad news coming out of the self-proclaimed “Fastest Growing Law Firm in the History of the World” continues with reports not only of a flood of firm departures, but also now reports of fractured client relationships.Pierce Bainbridge Beck Price & Hecht LLP continues to take on water.   Time will tell if managing partner John Pierce, given to tough marine-talk, Captain … END_OF_DOCUMENT_TOKEN_TO_BE_REPLACED 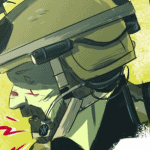 Dan Garner - We've previously reported on the desertion rate of the 'SEALS' at law firm Pierce Bainbridge, but it seems more - many more - are jumping. The latest sign that the self-proclaimed “Fastest Growing Law Firm in the History of the World” is going in reverse, is the apparent departure of eight attorneys including one of counsel and one partner in the latter half of … END_OF_DOCUMENT_TOKEN_TO_BE_REPLACED

The sexual assault charge faced by CNN primetime host Don Lemon has seen Lemon retain Caroline Polisi, a frequent TV guest, and law partner Christopher LaVigne both from Pierce Bainbridge. The host was sued in a civil lawsuit filed in early August and involved an alleged incident at the bar in the Hamptons, claiming a sexual assault upon the plaintiff, Dustin Hice, a bar … END_OF_DOCUMENT_TOKEN_TO_BE_REPLACED 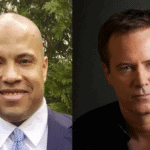 The Untold Story Buried in the Shocking and Explosive Allegations Levied by Ex-Partner Don Lewis Against the Pierce Bainbridge Firm, billing itself as 'The Next Generation of Legal Excellence' and a firm self-described as 'the fastest growing law firm in the world' Don Lewis (L) and John Pierce Dan Garner* The very public fight … END_OF_DOCUMENT_TOKEN_TO_BE_REPLACED