TwitterFacebookLinkedInPinterestRedditEmail
DENVER – The Front Range Task Force, working with the U.S. Marshals Service, U.S. Attorney’s Office, Drug Enforcement Administration, Denver Police Department, Arapahoe County Sheriff’s Office, Aurora Police Department, Internal Revenue Service – Criminal Investigation, U.S. Immigration and Customs Enforcement, and the Bureau of Alcohol, Tobacco, Firearms & Explosives, has dismantled a major Denver Metropolitan Area heroin trafficking organization with roots in Sinaloa, Mexico, authorities announced today.  A total of 50 defendants were arrested over the course of this investigation on either federal or state charges.  During the final phase of the investigation 28 additional arrests were made during an operation conducted last week in the Denver area.  Thirteen of the defendants were indicted by a federal grand jury in Denver.  Some of the federally indicted defendants remain at large.  Also, a total of 16 search warrants were executed during the latter part of the investigation.
During the course of this multi-state investigation, which began in October 2012, over 23 pounds of heroin, 4 firearms, $300,000 in currency and 7 vehicles were seized.
The underlying investigation disclosed that the target drug organization has a source of supply echelon with roots in Sinaloa, Mexico.  In the Denver metropolitan area, in the last several years, the most plentiful kind of heroin has been “black tar heroin” originating in Mexico.  A substantial portion of the black tar heroin distributed in the Denver metropolitan area originates in the State of Sinaloa, Mexico.
Source of supply echelon members arranged to have large amounts of black tar heroin brought to Colorado on a periodic basis.  Using their inventory of heroin, the source of supply members provided ounce sized portions of heroin to street level dealers in the Denver metropolitan area on a regular basis.  The underlying investigation showed the source of supply level members would charge the street level dealer members approximately $700.00 an ounce for heroin.  The street level dealers, in turn would sell heroin in gram and half gram quantities to customers, users, and lower level re-distributors, generally charging $60.00 for a gram of heroin.
The source of supply echelon members in the Denver metro area during the period of the underlying investigation generally consisted of three or four adult males at any given time.  The source of supply echelon members apparently remained in the Denver metropolitan area for a period of time on assignment, and periodically returned to Mexico. One of the three to four males would act as the primary contact for communications with the street level dealers, setting appointments, handling potential issues of suitable quality or proper quantity, timely payment, operational security, etc.
“Trafficking and abuse of heroin in Colorado has skyrocketed,” said U.S. Attorney John Walsh.  “With no way for users to determine purity, heroin has the potential of not only making people sick, but killing them outright, as rising overdose death statistics tragically demonstrate.  The Front Range Task Force’s work to get this staggering amount of high grade heroin off the street makes our communities safer, and makes it harder for those who use heroin to find the drug.”
The Special Agent in Charge of the Drug Enforcement Administration for the Denver area, Barbra M. Roach, said that  “This sustained investigation and enforcement has disrupted a well-entrenched heroin distribution cell in the Denver Metro area controlled by a Sinaloa, Mexico Cartel”
Denver Police Chief White stated that “The Front Range Task Force is proud to have partnered with the U.S. Attorney’s Office, DEA and several local and state law enforcement entities to investigate this drug trafficking group.  The investigation of the DTO involved a two year investigation targeting street level heroin dealers and working the case up to an international drug organization.  With the amount of heroin seizures, assets and weapons, the investigation dismantled the Denver cell of this Drug Organization.  This case was unique because it required investigators to work with several different levels of drug dealers, including street deals, mid-level operations and ultimately, a major drug trafficking organization.  The Front Range Task Force relied heavily on other jurisdictions and DEA Groups in dismantling the Denver Cell of this Drug Trafficking Organization and is proud of the fact the case was able to reduce the amount of heroin on the streets today.”
The defendants charged in the federal case each face conspiracy to distribute and possess with intent to distribute a quantity of a mixture and substance containing a detectable amount of heroin.  If convicted, each defendant faces not more than 20 years in federal prison, and up to a $1,000,000 fine.
The Front Range Task Force is comprised of the DEA, the Denver Police Department, the Arapahoe County Sheriff’s Office, the Aurora Police Department, and the Douglas County Sheriff’s Office.  The Internal Revenue Service – Criminal Investigation (IRS CI) participated in this investigation as well.
This case is being prosecuted by Assistant U.S. Attorney Guy Till, with the U.S. Attorney’s Office Organized Crime Drug Enforcement Task Force.
The charges contained in the indictment are allegations, and the defendants are presumed innocent unless and until proven guilty. 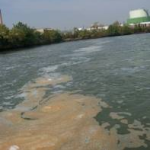 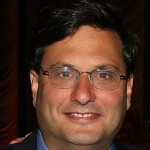