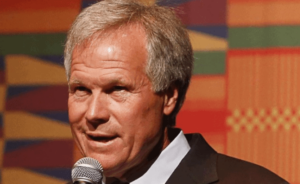 How did the head of one of the world’s largest and richest law firms get caught up in a #Metoo scandal that cost him his job?

Latham & Watkins has been reported as being the wealthiest law firm in the world, breaching the $3 billion barrier it was reported last month and it’s managing partner and chairman Bill Voge sat at its head.

No more.  He resigned after being caught up in a sex scandal that involved a relationship outside of work, indeed ostensibly helping via a Christian group called the New Canaan Society, which was setup by a wealthy New York group of financiers.

The help offer ultimately lead to Voge allegedly inviting the woman, who he had not met, to come to his hotel room.

And here is where matters got awkward.  Law360 who broke the story claim that Voge and his lawyer sent various messages that ranged between conciliatory to menacing.

“It was sinful, but not a crime,” Voge wrote in an exchange with the woman’s husband. “How many times can I apologize for my actions?… Both of us were wrong.”

But in the same exchange, Voge also said the woman would go to jail for promulgating the texts and emails and that Voge would travel to personally witness her arrest. Voge said he wished to make an example out of her to “help the next victim.”

“It is not threats about jail. She will be in jail!!!” Voge wrote.

“I made a personal mistake,” Mr Voge said in a statement, “for which I bear considerable fault and humiliation. I deeply regret my lapse of judgment and I am sorry for the distress and embarrassment I have caused my family, friends, and colleagues.” He  said that his conduct had fallen “well below the personal and professional standards I have tried to uphold throughout my entire career”.

“My disappointment in myself is all the more acute because this lapse does not represent who I am and what I believe, and because I have let down our firm and its people, all of whom I so deeply cherish and respect.”

Lathams are not the first large firm in recent weeks to fall victim to sexual harassment claims with Dentons and Baker + McKenzie both being in the spotlight.

A senior Baker + McKenzie partner resigned after it emerged that the firm had promoted him despite having to pay off a junior female lawyer after she alleged that he had sexually assaulted her.

Disclosure of the parties has been prevented by a  a non-disclosure agreement  that was put in place preventing identification of either party.

The growing momentum of #Metoo is flushing out more offenders just as Big Law, not to mention many smaller law firms, check their employment and HR protocols to avoid the humiliating and brand damage that such scandals produce.