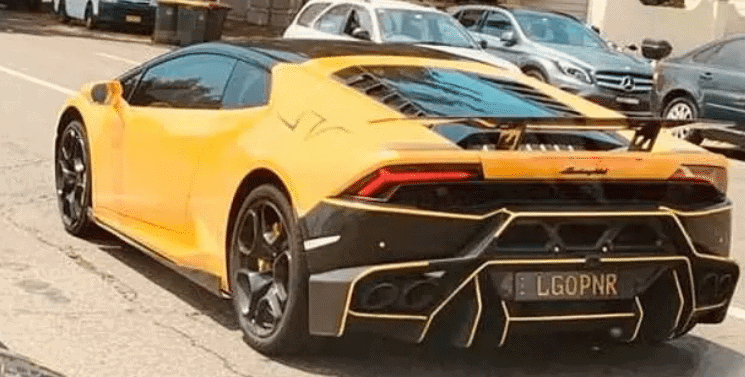 “I resent anyone who’s trying to violate my freedom of speech and expression.“

For high profile Australian barrister Peter Lavac a Lambo laugh over his cheeky number plate is yet another battle to be fought – and won – against the authority of the State.

He claims that 99 out of 100 people wouldn’t know what the letters actually stand for, adding that it’s ‘tough s***’.

Transport NSW gave him 18 days to change the number plate and in a letter, they wrote: “Transport for NSW determined that these number plates could be considered offensive and must be returned.”

But Lavac, a defence barrister and former Hong Kong crown prosecutor, was having none of it and told The Sunday Telegraph: “I resent anyone who’s trying to violate my freedom of speech and expression.

“How many other little Aussie battlers who have similar bullying letters, have caved in and laid down and let (Transport NSW) walk all over them because they didn‘t have my resources or legal expertise to stand up to this and challenge them?”

In the end, Transport NSW backed down, which Mr Lavac believed was because they used an outdated section of the law.

“They [the number plates] are meant to be humorous, tongue-in-cheek, funny and entertaining. That is how most people find them when it’s explained to them.

Practising in Sydney since 2004, Lavac has enjoyed a colourful and successful reputation as a top criminal barrister. He previously served as a barrister and crown prosecutor in Hong Kong from 1986 until 2003.

A celebrity speaker’s bio says Mr Lavac has prosecuted and defended in close to 100 murder trials, “from white-collar corporate criminals to triad gangsters in Hong Kong and motorcycle outlaws in NSW”.

As a 15-year-old he began going to the gym to be able to protect himself from an alcoholic father.

That sparked a lifelong interest in health and fitness, competing in mixed martial arts, earning a gold medal in surf lifesaving and setting a world record for a 900km surfski voyage from Hong Kong to the Philippines.

“His varied skills have so far helped him to disarm a gunman at the Sydney Hilton, save a District Court judge from an attack by a prisoner during sentencing in court and save the lives of a father and son in huge seas,” his bio reads.

The latter event happened in 1971 when he was working as a beach inspector at Queenscliff Beach. when a 12-year-old boy had been swept out by a rip, along with his father who had gone to save him.

Lavac and his fellow lifesavers, both survived the ordeal – something he says remains his proudest achievement.

A lifelong non-smoker and teetotaller, he was shocked to be diagnosed with lung cancer in 2008 after what he thought was a bad bout of the flu.

He survived after a major operation to remove 30 per cent of his right lung, and “knew he was fully recovered” when he could bench press 300lbs – 136kg – in the gym again.

Lavac famously blamed the cancer on second-hand smoke from chain-smoking neighbours in the flat below.

“These neighbours smoke incessantly, both inside the flat and on the balcony,” he told a 2006 NSW parliamentary inquiry into tobacco smoking. 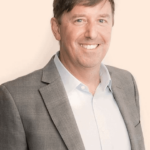