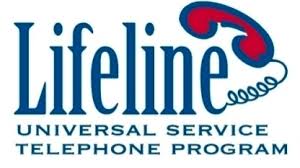 WASHINGTON, April 10 (Reuters) – By Alina Selyukh – Three men have been indicted on charges that they defrauded a federal telephone subsidy for low-income Americans of $32 million, the first such criminal prosecution in the Lifeline program, the Justice Department said on Thursday.

Overseen by the Federal Communications Commission, Lifeline is a $1.8 billion program that is funded through fees paid by landline and cell phone customers. Last year, it served some 14 million subscribers, according to the non-profit Universal Service Administrative Co that administers the money.

The three men are accused of running a company called Associated Telecommunications Management Services LLC and submitting, through the firm’s subsidiary telephone companies, falsely inflated bills worth $32 million between September 2009 and March 2011.

A federal court in Tampa, Florida, also authorized law enforcement officials to seize their “ill-gotten gains” that include the contents of multiple bank accounts, a yacht and several luxury cars, the Justice Department said.

Lifeline is one of four programs offered through the Universal Service Fund fees. There is also a discount program aimed at improving connectivity at U.S. schools and libraries known as E-Rate.

Though the entire Universal Service Fund often comes under fire in Congress with allegations of fraud and waste, Lifeline in particular has been subject of controversy in recent years, battling bad players and abuse.

The FCC in 2012 revamped Lifeline, seeking to tighten rules, and has pursued civil cases to weed out fraudsters. The Justice Department prosecution announced on Thursday is the first criminal fraud case in Lifeline, a spokesman said, though in E-Rate, several criminal cases have resulted in convictions.

“Lifeline helps ensure that all Americans can afford phone service, providing connections to jobs, family and 911. But we will not tolerate abuse of this program, and are gratified to see the results of our hard work to battle fraud,” FCC Chairman Tom Wheeler said in a statement.

A grand jury indicted the three defendants in the new Lifeline case after the FBI, the Federal Communications Commission’s Office of Inspector General and the criminal investigators at the Internal Revenue Service uncovered the alleged scheme.

The indictment was returned on April 9 but unsealed on Thursday, the government said.

Lawyers for the defendants could not immediately be reached for comment. (Reporting by Alina Selyukh; Editing by David Gregorio) 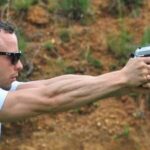