You are here: Home / Lawyers / The Top Litigator Who Was “Good with Numbers” 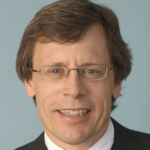 To litigator Robert Weigel didn’t start out to be a top litigator, but as an economist.  He was, he says, “always good with numbers”.

And the numbers have paid off for Weigel with courtroom success and recognition by the National Law Journal as one of its top litigators.
[wp_ad_camp_1]
New York Gibson Dunn partner Robert Weigel explains how he prevailed last year by overcoming “tough odds and high financial stakes or a principle or precedent was at risk.”

Weigel, who explains that the key to success as a litigator is not to cut corners, but rather to study and know the facts, before letting the witnesses tell their stories to judge and jury.

Weigel was recognized by the NLJ for his efforts defending Artémis S.A. and its owner François Pinault in a complex, multi-year litigation stemming from the failure of Executive Life Insurance Co. in 1991.  The feature was published on August 12, 2013.

See the article about Weigel here.