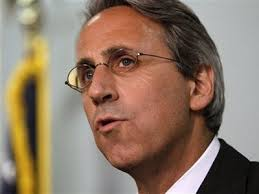 Lorin Reisner, a prosecutor with the U.S. Attorney’s Office in Manhattan who oversaw a number of high-profile insider trading cases is to join law firm Paul, Weiss, Rifkind, Wharton & Garrison,
involved in the firm’s regulatory work.

Lorin Reisner, chief of the criminal division in the U.S. Attorney’s Office in the Southern District of New York, oversaw prosecutions that led to convictions of Rajat Gupta, the former Goldman Sachs director, and Mathew Martoma and Michael Steinberg, former portfolio managers at SAC Capital Advisors.

Reisner said in a statement he was looking forward to using his experience to help Paul Weiss’s clients navigate the complex legal and regulatory challenges they face.

The firm said Reisner would join next month as a partner in its white-collar crime, regulatory defense, government investigations and high stakes litigation practices.

In 2013, during Reisner’s tenure, the criminal division of the U.S. Attorney’s Office obtained a $1.2 billion settlement with SAC Capital, which pleaded guilty to fraud charges following years of insider trading investigations. The office also obtained a $1.7 billion settlement with JPMorgan Chase & Co as part of a deferred prosecution agreement announced in January resolving claims it failed to tell authorities about its suspicions of fraud at convicted Ponzi schemer Bernard Madoff’s firm.

Reisner was appointed to his position in the U.S. Attorney’s Office in January 2012 after serving as deputy director of the enforcement division of the U.S. Securities and Exchange Commission. He began that role in 2009, and before that was a partner at Debevoise & Plimpton, which many legal industry observers assumed he may rejoin.