You are here: Home / Legal Opinion / The Trouble with Indicting Rick Perry 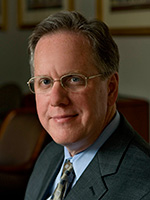 Stephen M Griffin is a Tulane University constitutional law expert who writes about the trouble he has with the indictment of the Texas Governor Rick Perry.

It’s been said that a prosecutor could get a grand jury to indict a ham sandwich. In the Texas case, it’s a governor. At moments like these, I’m grateful to listservs I belong to, such as Conlawprof, for showing me that I’m not an outlier. Like a number of constitutional law scholars, I’m very troubled by the indictment of Rick Perry.

I’m certainly no fan of Governor Perry, but closely analogous issues were discussed and argued out during the 1998 Clinton impeachment. Should prosecutors clothed with the authority of a grand jury intervene in matters of high (or low) politics with criminal indictments? I say no. If they have facts to present, provide them to the legislature or whatever body is tasked with the responsibility of impeachment.

True, we could imagine a governor committing an “ordinary” crime, one completely unconnected with his official responsibilities. But no one could make that case here, so I’m setting aside the issue of whether it might be better for a prosecutor to proceed against a chief executive accused of, say, murder, rather than a legislature pursuing impeachment and conviction.

Governor Perry isn’t being indicted for just vetoing a law, but this comes pretty close. What we have at most is a case of Texas (and Austin) hardball politics. Governor Perry tried to remove a prosecutor he probably didn’t like very much after she violated the law and perhaps brought her office into disrepute. And that’s a crime? That doesn’t seem very plausible to me and I wonder if the prosecutor has really thought through the broader constitutional implications of what he and the grand jury are doing.

I am fortunate that I can feel the warm embrace of consistency, since I argued against a prosecutor (Ken Starr) having such a power during the Clinton impeachment. I argued that Congress was the only body who could properly investigate and remove a president. As long as the Texas constitution has roughly similar provisions to the federal Constitution, which seems to be the case, the same separation of powers/checks and balances logic holds here. Governor Perry should be held to account in the political/electoral/democratic arena, not by a single prosecutor, jury, or judge.