Donald Trump’s mounting rhetoric and the perceived anti-Muslim stance of shutting Muslims off at the border could possibly survive a lawsuit at Supreme Court level according to at least one academic.

Gerald L. Neuman, a Harvard Law School professor was reported by the New York Times’ as saying it was far from clear whether the Supreme Court would actually block the move to block Muslims.

Under a provision of immigration law, Congress has already delegated to the president broad power to issue a proclamation indefinitely blocking “the entry of any class of aliens into the United States” that he or she thinks would be “detrimental to the interests of the United States.” No president has ever used that power in such a sweeping way, but the text provides a potential statutory basis for a President Trump to carry out his plan, specialists said.

Trump’s call for a “total and complete shutdown” of Muslims entering the country had legal scholars proclaiming it as everything from “blatantly unconstitutional” to being shutdown itself.

For a start, Trump has clarified his statement by saying the ban would apply only to foreign Muslims rather than Muslim Americans travelling abroad.

The International Covenant on Civil and Political Rights, which the US has ratified, bars laws that discriminate against people because of their religion. It protects “all persons,” not just citizens of a member state.

But any lawsuit invoking that provision of the treaty would face an uphill struggle, the specialists said, because Congress has not acted to make that provision enforceable by domestic courts. So even if Mr. Trump’s policy clearly violated the provision, it is doubtful that the Supreme Court would decide that the treaty provided the judiciary with authority to strike the policy down, the specialists said.

Second, as a matter of domestic constitutional law, barring foreigners from visiting — or even barring the return of green card-holding lawful permanent residents — would be subject to a different legal test.

Trump’s blocking proposal applying as it does to over a billion Muslims on the basis of their religion is so extreme that it was possible a Supreme Court majority might be willing to strike it down despite its very deferential standard for scrutinizing such policies, the Times reports.

Whatever the legal claims and arguments, Donald Trump’s ability to elevate the argument, if ‘elevate’ is the word, remains a hot button issue in the wake of what occurred in California such that Americans are now also elevating Trump even further in the polls.

And isn’t that what every politician wants at the end of the day? 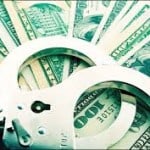