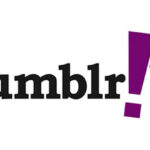 The $1.1 billion Tumblr purchase by Yahoo! set the financial and tech world spinning and was a handy deal for the two law firms principally involved in the deal.

Tumblr, which took only $13 million in revenues last year has investors and others wondering what might happen now that the stumbling Yahoo! has purchased the popular blogging platform.

According to Bloombergs, Yahoo! CEO Marissa Mayer, who took over the company in July, is betting that Tumblr will help transform Yahoo into a hip destination in the era of social networking as she challenges Google Inc. and Facebook Inc. in the $17.7 billion online ad market. The hefty price she agreed to pay for the blog network, which amounts to about one-fifth of Yahoo’s cash, indicates the importance she obviously attaches to the role Tumblr might – will, hopefully – play in the turnaround she’s hoping for.