You are here: Home / News / Twitter May Have Been Hacked By Syrian Electronic Army 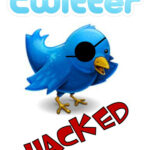 Gas attacks aren’t enough for the Syrians, they’ve now attempted to hack into major websites like Twitter, the Huffington Post and the New York Times.
[wp_ad_camp_2]
The attacks are reportedly from the Syrian Electronic Army, a group supporting Syrian President Bashar al-Assad and comes on the eve of a potential military attack by the US and allies upon the country’s infrastructure following the attack upon a Damascus suburb using chemical weapons.

Those jin the SEA claim to have assumed control of Twitter’s internet address, although that was incorrect and Twitter continued to operate normally. The SEA trumpeted their alleged hack via their own Twitter account. Nevertheless, an account showing Twitter to be registered to SEA did appear at one point.

The WSJ reported that digital evidence showed the New York Times’s website had been hacked by the SEA, said Johannes Ullrich, a cybersecurity expert at the SANS Institute in Washington. Ullrich, who doesn’t work for the Times, found digital evidence that shows the newspaper’s website was redirecting to a different server. When Ullrich, who has tracked the hacker group in the past, checked which new server nytimes.com directs to, he received the message “Hacked by SEA. Connection closed by foreign host.”

The Syrian Electronic Army has targeted several media organizations in the past, including the Washington Post, Reuters and the Onion, a satirical newspaper. When the SEA hacked the Twitter account of the Associated Press earlier this year, it posted a false headline to the account that said the White House had been attacked. The hoax caused U.S. stock markets to briefly lose $200 billion in value.