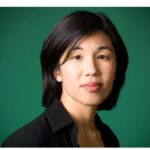 The lawyer for Twitter, Nicole Wong, has been sent to the White House in a senior advisory position as the Obama administration faces increasing pressure over PRISM and other privacy and internet security issues.

Wong will work the the  federal Chief Technology Officer Todd Park, and will join the White House as Obama focuses more attention and resources on fighting hackers.

The Economic Times reports:
Her appointment comes as the Obama administration grapples with issues that arose from the U.S. government’s surveillance of internet and phone communications in its anti-terrorism effort.

Rick Weiss, a spokesman for the White House Office of Science and Technology, said Wong is joining as deputy U.S. chief technology officer and will work with Park on Internet, privacy and technology issues. “She has tremendous expertise in these domains and an unrivaled reputation for fairness, and we look forward to having her on our team,” Weiss said.

Congress and the White House have been arguing about how best to address cybersecurity for more than a year. Last month, the House of Representatives passed a new cybersecurity bill which will next be considered by the Senate. It is designed to help companies and the government share information on cyber threats, though concerns linger about the amount of protection it offers for private information.

Wong, who was legal director at Twitter, has testified before Congress about her concerns about internet censorship in countries around the world. In 2010, when she was Google’s vice-president and deputy general counsel, Wong told a Senate Judiciary Committee hearing that the U.S. government should make internet freedom a key part of foreign policy.