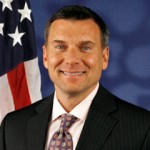 Mr. Knight is among the nation’s most respected authorities on intellectual property law, having served as USPTO’s General Counsel since 2010. At the USPTO, he played a leading role in the development of the landmark America Invents Act (AIA), which opens up several paths to challenge the validity of a patent that were not available previously. These challenges will become an integral part of the overall strategy for any major patent dispute.  As General Counsel of the USPTO, Mr. Knight led the legal development and review of the new procedures and oversaw the implementation of the new regulations. As such, he is perfectly positioned to provide insightful advice to clients based on his intimate familiarity with the AIA.

“We are thrilled to welcome Bernie to McDermott,” said Sarah Chapin Columbia, partner and head of the Firm’s Intellectual Property Litigation Practice Group.  “Bernie has been in the public spotlight as a key architect of the 2012 America Invents Act, which fundamentally changed several of the key provisions of patent law.  In addition, his experience in the trial courts, appellate courts and in senior policy positions at the Department of Treasury and USPTO will position us well for further expansion both in the U.S. and abroad.”

“The America Invents Act is a game changer and we expect to see a significant increase in challenges to the validity of patents at the USPTO as a result,” added McDermott co-chair Jeffrey E. Stone. “The USPTO’s focus has been expanded and Bernie is uniquely qualified to help our clients navigate through this new world.  He is a great complement to our already strong IP litigation practice, and will enable us to be more strategic in representing our clients and helping them assess their options. It is a great advantage, and a personal pleasure, to have him with the Firm.”

“Bernie’s arrival speaks to the Firm’s strategy of becoming the best IP law firm in the world, bar none,” said Peter J. Sacripanti, co-chair of McDermott Will & Emery.  “We are committed to providing the best possible counsel to our clients as they work to protect their valuable IP assets and succeed in today’s increasingly competitive marketplace.”

Mr. Knight will officially join McDermott on September 16 and will serve as co-chair of McDermott’s post grant practice.

He began his government career in 1991 at the Department of Justice, Tax Division, where he served for 10 years. Earlier, he was a Senior Manager at Ernst & Young for two years.  He started his career as a tax associate at Vinson & Elkins in Houston and then at Hopkins & Sutter in his home town, Chicago.  He received his Bachelor of Science degree in Business Administration from Drake University.  He received his J.D. from the University of Southern California.

With more than 200 lawyers and patent agents around the world, McDermott’s Intellectual Property practice is renowned for its broad trial, appellate, prosecution and transaction experience. Members of the practice hold degrees in a wide variety of technical fields and are uniquely capable of handling intellectual property matters in virtually every technical or scientific discipline. For example, more than 140 members of McDermott’s intellectual property team hold technical and/or scientific degrees and more than 115 are registered to practice before the U.S. Patent and Trademark Office (USPTO). McDermott’s Intellectual Property practice includes numerous lawyers with valuable industry experience as well as former USPTO examiners and petition specialists.

About McDermott Will & Emery