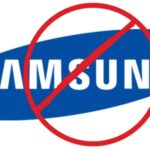 Samsung has recently lost their appeal to have the Obama administration issue a veto over the ban on a variety of product imports into the United States. The company has been in litigation with Apple over a patent dispute with no end in sight. This is a slap in the face to Samsung as Apple was given a veto based on a similar ban handed to Apple back in August. The lack of a veto will mean the ban will now go into effect.

The product ban will not have a significant impact on Samsung as mostly older mobile devices offered by the company violated Apple patents. Patents that were issued to Apple covered the operations of the touchscreen control on their devices and the design of the headphone jack. Apple argued the devices by Samsung violated their patents at the International Trade Commission. Devices that are included in the ban include the Galaxy Tab and the Galaxy S 4G offered back in 2011.

The verdict against Samsung by the ITC led to a product ban as a remedy. The company then appealed the verdict at the U.S. Trade Representative. They said in an open letter published online consumers all over the world are watching how the company is being treated in the United States. The two companies are in a product war to determine dominance in the smartphone market. The lack of a veto after issuing one to Apple can seem as protecting and favoring American-based companies.

Samsung is getting ready to release their third-quarter results that will include record profits. However, the majority of the profit growth is likely to be the result of its semiconductor business. The company’s mobile device unit accounts for about two-thirds of total earnings. One thing that analysts have warned about is slowing sales of their Galaxy S4 flagship device and other high margin products.

The ban on infringing products affects mostly older devices that are no longer being manufactured. Samsung is constantly releasing new products with updated technology that bypasses an infringing feature based on Apple patents. This means newer models will not be included in the product ban. The ITC has already ruled that the new workarounds do not violate any of Apple’s patents. Samsung will be out of danger as many of the infringing products are no longer being sold in the United States.

The ban on products sold by Samsung does not include products with a workaround. These devices are listed in the order issued by the ITC against Samsung. However, the lawsuit between the companies is unlikely to slow down as competition is getting fierce in the smartphone market.

This article was contributed by Matt Kruchten, blogger for Rue & Ziffra, PA. One of Notre Dame’s finest, Matt’s insatiable love for data and numbers coupled with a perfect 800 on the Math S.A.T. makes him an asset to their content development team.