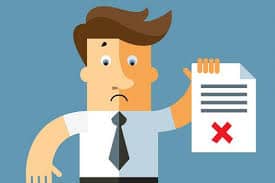 Consternation and concern are all over the faces of young lawyers sitting the UK’s Bar Standards Board (BSB) ethics exam which has had the results withheld from release pending the apparent discovery of “clerical errors”, according to Legal Cheek.

The ethics exam is a troubled beast in the UK.  It has created some mayhem in recent years, with students in 2015 being failed unexpectedly in an exam that was described by the regulator’s own director as “not a fair assessment instrument.”

Then, two years earlier in 2013 a mock ethics paper from 2011 was posted to Facebook which included questions that the students that year had just sat.

So what, exactly, is the problem with the BSB and their apparent inability to properly assess lawyers simply trying to pass their ethics test?

One of the problems with the two hour exam it that it is effectively a memory test.  As a closed book exam that exams some major, difficult rules relating to

Former barrister and lecturer at Northumbria University, William Ralston, recently told Legal Futures, that there were some major issues to be sorted with the exam.

Speaking at a Bar Standards Board (BSB) Future Bar Training event this week, Mr Ralston said the current assessment method for the ethics element of the BPTC course was short answer questions.

These were designed to test knowledge and understanding of the professional conduct rules and were a “great improvement” on the old Bar vocational course.

However, he said this approach had “significant shortcomings” and whatever model was adopted in the future should aim to ameliorate or eradicate some of them. Mr Ralston attacked the existing “closed book” approach to the exam.

Legal Cheek noted that with the current ‘withheld’ exam, some law schools like Cardiff University have already released their results.  They quoted from an email sent to students in the City of London:

[W]e received notification of a possible issue in the reporting of the ethics results to providers by the BSB yesterday. The BSB are urgently investigating the matter but have asked all providers to hold off releasing results (where they haven’t already released them) until the investigation has been completed.

The blog also noted that the lengthy questions were far too long, one being two pages in length before the students needed write their answer.

Students were reportedly so upset and angry about the format that they wrote to the BSB.  And so the BSB report card is in:  Fail.[/vc_column_text][/vc_column][/vc_row] 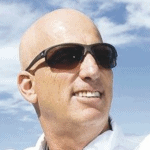