The University of Victoria is the overall winner of the Wilson Moot 2014. Team members included Sarah Ahsan, Devon Black, Vivian Lee and Aislinn Sirk, who competed successfully against 12 other participating law schools. The preliminary rounds took place in Toronto on February 21 and 22, 2014 and the final moot between the top two teams from the University of Victoria and the University of Western Ontario was held on Saturday afternoon. The bench for the final moot included the Honourable Justice Michael Moldaver of the Supreme Court of Canada, the HonourableJustice Stephen Goudge of the Court of Appeal for Ontario and the Honourable Justice Georgina Jackson of the Saskatchewan Court of Appeal.

The Wilson Moot was founded in 1992 to honour the outstanding contribution to Canadian law made by the late Honourable Justice Bertha Wilson, the first woman appointed to the Supreme Court of Canada.  The Wilson Moot explores legal issues concerning women and minorities, and thereby promotes the education of students and the legal profession in these areas of pressing concern.  This year’s (fictional) problem focused on issues concerning the adoption of aboriginal children by non-aboriginal parents and the protection of the rights of aboriginal parents and children in private adoptions.

The Wilson Moot is a volunteer-driven event. This year, more than 100 judges, lawyers and law students generously volunteered their time. Congratulations and thanks are offered to all participants and volunteers that worked to make this year’s Moot a success.

For further information about the Wilson Moot, visit www.thewilsonmoot.com or contact the Director of the Wilson Moot:  Ryder Gilliland at ryder.gilliland@blakes.com. Photographs of the top placing teams and individuals are available upon request. 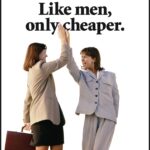