You are here: Home / News / Wal-Mart To Pay $81 Million in Nationwide Settlement Over Federal Environmental Crimes 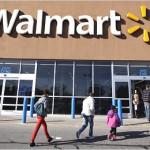 LOS ANGELES – LawFuel.com – As part of a $110 million case against the world’s largest retailer, Wal-Mart Stores, Inc. pleaded guilty today in federal court in San Francisco to six counts of violating the Clean Water Act by illegally handling and disposing of hazardous materials at its retail stores across the United States. The guilty pleas entered this morning pursuant to cases filed by federal prosecutors in Los Angeles and San Francisco are the result of an investigation that started in Southern California.