Freshfields – Car-makers have not traditionally seen patents as a revenue-driver. But as technology becomes more important to the value of a vehicle, so new threats are emerging to the traditional OEM business model. Tech suppliers – well versed in defending the value of their inventions – are now vital to the development of new cars, both from a connectivity and powertrain perspective. In response OEMs are filing more and more patents to protect their position. So is the stage set for a more confrontational era in automotive?

OEMs move to protect
their innovations

Automotive is now the third most active sector for worldwide patent filings behind telecoms and computing – and the rate of growth is faster than in any other industry. One of the principle drivers has been the push for greater fuel efficiency, which has resulted in a huge rise in patents relating to propulsion. But the evolution of connected and autonomous cars is also boosting patent activity – research from Thomson Reuters shows the number of worldwide patents for connected and autonomous cars rose from 73 in 2009 to more than 500 just four years later.

OEMs have not traditionally used patents as a revenue-driver, but as they invest more in developing their own technology they could recoup this through patent licensing. The convergence of the auto, tech and telecoms markets has the potential to change the way that profits are distributed across the automotive value chain – and has brought a new range of rivals into the space who are well versed in using patents to their advantage.

As OEMs, tech companies and suppliers develop connected and self-driving systems, efforts are being made to ensure they all speak a common language. The European Union has invested more than €180m in research projects into co-operative intelligent transport systems (C-ITS), the results of which were used by the European Telecommunications Standards Institute (ETSI) and the European Committee for Standardisation (CEN) to create a set of standards that allow connected cars to communicate with one another and roadside infrastructure. ETSI is also a member of the oneM2M alliance, a global group that brings together the world’s major standards development organisations (ARIB and TTC (Japan), ATIS and TIA (US), CCSA (China), and TTA (Korea)) to create international standards for connected devices.

Does this create a new battleground for patent litigation?

The question now is whether this activity will make the auto sector a new battleground for patent litigation. Any company that owns patents that are essential to a technical standard must license them on Fair, Reasonable and Non-Discriminatory (FRAND) terms. The mobile sector has seen a number of injunction proceedings launched by patent owners against those suspected of using their standard essential patents (SEPs) without a licence.

Traditional players in the telecommunications sector are now reaching out to car-makers to license their SEPs. More worryingly for the industry, patent trolls have been buying up portfolios from companies such as Nokia and Nortel and are now filing an increasing number of lawsuits against auto manufacturers. According to research from RPX Corp, trolls filed 107 cases against car-makers and suppliers in 2014 – a six-fold increase in just five years.

Some methods of seeking injunctions based on SEPs have sparked antitrust investigations on both sides of the Atlantic. Under the recent decision of the EU’s Court of Justice in the Huawei vs ZTE Corp case, owners of SEPs remain entitled to pursue injunctions – but only in certain circumstances. They will have to put on notice alleged infringers and make a licence offer on FRAND Terms prior to initiating litigation.

Where a competitor using an SEP takes a tactical or dilatory approach in negotiating a licence, rejects an offer made by the SEP holder on FRAND terms and does not make an appropriate good-faith counter offer, the SEP holder may seek an injunction. Furthermore, it will remain possible to seek (potentially limited) damages for a patent that was infringed before a licence was agreed. But an SEP-owner may violate EU antitrust law if it seeks to enjoin a rival that made a counter-offer to enter a licensing deal on FRAND terms and provided appropriate security.

Justin Watts, a partner in Freshfields’ patent litigation group, says: ‘While there are co-ordinated attempts to create global standards for connected cars, there are some significant players that are not involved in those discussions. This could result in competing standards being introduced, which would be a big problem for global car manufacturers. There is a big incentive for states to introduce standards that erect a barrier to foreign car manufacturers, but these are potentially a disguised barrier to trade.’

Whoever controls [the] buttons, knobs and touch pads [in a car] can massively influence the in-car user experience for driving, audio and video. Currently, this control point is owned by carmakers, yet other players … such as Apple, are making a play for it.

Arrival of the
tech giants

Consumers want access to infotainment services at the wheel, and this demand has seen competing technologies emerge. Most car-makers are working with Google and Apple to link their smartphones with the dashboard – Google’s Open Automotive Alliance has signed up Audi, GM, Honda and Hyundai to a common platform for Android integration (Google Android Auto), while Apple’s website reveals that more than 30 car-makers are set to ship vehicles with its CarPlay technology in the coming years. Elsewhere, members of the Car Connectivity Consortium (who comprise over 80 per cent of the auto market and 70 per cent of the smartphone market) have collaborated to develop the device-neutral Mirrorlink standard.

Alongside smartphone integration, many OEMs are also working on their own apps, which use cars’ embedded connectivity systems to bring telemetry data to the dashboard. The challenge for OEMs is to work with tech companies and content providers to ensure a seamless user experience. Significant work must be done to control the way different technologies manage the arbitrage of streamed music, calls and engine information without distracting the driver.

Patents and the human machine interface

Control of the human machine interface is likely to yield the greatest profit potential for market participants – and therefore raises significant litigation risk. In the words of McKinsey’s 2014 Connected Car report, ‘whoever controls [the] buttons, knobs and touch pads [in a car] can massively influence the in-car user experience for driving, audio and video. Currently, this control point is owned by carmakers, yet other players … such as Apple, are making a play for it’.

Some take the view that the royalty rate has to be applied to the total sales value of the end product. Others have criticised this approach as inappropriate for products that embody tens or even hundreds of thousands of patents, like smartphones or cars.

Apple has been granted a number of patents linked to connected vehicles, including for a ‘tactile touch screen display … that improves vehicle instrumentation and telematics’. OEMs including Cadillac and Ford are developing their own touch-screen HMIs, and with patents that control the graphical interface on mobile handsets a significant contributor to the recent ‘smartphone wars’, car-makers could face significant litigation risk as they develop their own products.

In this space the patents are not standard essential – the owner has no obligation to license them and can pursue injunctions against any rival that it suspects of infringement without any restrictions.

It’s not difficult to envisage a situation where patent litigation risk for connected vehicles adds 10 per cent to the price of a car.

How big is the patent litigation risk?

The size of the litigation risk that OEMs face is unclear, because no European case law exists to determine the appropriate FRAND royalty base for a telecoms patent. Wolrad Prinz zu Waldeck und Pyrmont, a Freshfields patent litigator who has been involved in the first European rate-setting litigation in the telecoms sector, says: ‘Conceptually there are a number of approaches you can take to determine a royalty. Some take the view that the royalty rate has to be applied to the total sales value of the end product. Others have criticised this approach as inappropriate for products that embody tens or even hundreds of thousands of patents, like smartphones or cars.’

‘Some may push for a royalty base which is more closely tied to the actual value of the relevant patented technology. For example, assuming that telecommunications functionality might add $2,000 to the value of a car, they may argue that this figure is an appropriate royalty base to which the royalty rate should be applied. Others may point to the purchase price of the chip that provides the connectivity.’ Research from McKinsey claims connectivity features in a European premium model car comprise 4 per cent of its value – but that figure is set to rise to 7 per cent by 2020. As Wolrad says: ‘Opinions are divided right now, and there’s a lack of clarity about where we will end up.’

‘There are a potentially enormous range of royalty obligations’

Justin Watts adds: ‘Some parties will be arguing for a royalty base that’s set at fractions of a per cent, given the large number of patents likely to be implicated. Others will argue for much more in the case of key patents, particularly if the royalty is not applied to the whole end product. The result is a truly enormous range of potential royalty obligations, and we won’t know where we stand until those are fought out in court. How much of a cost burden is this going to put on the industry? It’s difficult to say but it could be that McKinsey’s 7 per cent figure is too conservative. It’s not difficult to envisage a situation where patent litigation risk for connected vehicles adds 10 per cent to the price of a car.’ 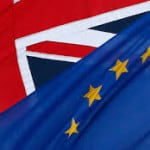 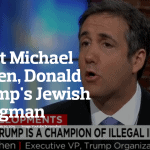