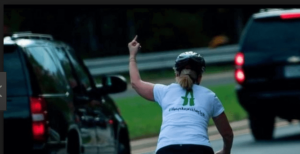 In a prior blog post, we discussed whether a private employer can terminate an employee for protesting. This week, we have another example of “off-duty employee” conduct that may result in them standing in the unemployment line.

As you may have seen (especially if you watch late night talk shows), a woman was photographed giving President Trump’s motorcade the middle finger as she was riding her bike. While, luckily, her actions did not cause her to lose control of the bike (safety tip: always keep both hands on the handlebars) it did have another consequence: her termination.

As a result of her actions, Akima informed Briskman that she violated the company’s social media policy and terminated her employment. Specifically, the policy prohibited posting lewd or obscene materials on social media, which Akima indicated included flipping off the President. Briskman argued that her actions should not result in her termination because she was not on the job when the incident happened and that her social media pages did not mention her employer. Unfortunately for Briskman, these arguments are not determinative with a private employer.

A private employer is free to discipline or terminate an employee because of what he or she posts on social media (provided such statements are not “protected concerted activity” under the National Labor Relations Act).

The fact the posts are made after work and do not specifically mention the employer does not negate an employer’s ability to take such remedial actions. Employers should, however, have specific social media policies (like Akima did) that address these issues, and such policies should be narrowly tailored. It is also recommended that such policies include specific examples of prohibited conduct.

As with the protest issue, an employee is free to flip off the President if they want to. That person’s employer, however, is also free to terminate their employment for engaging in such conduct. 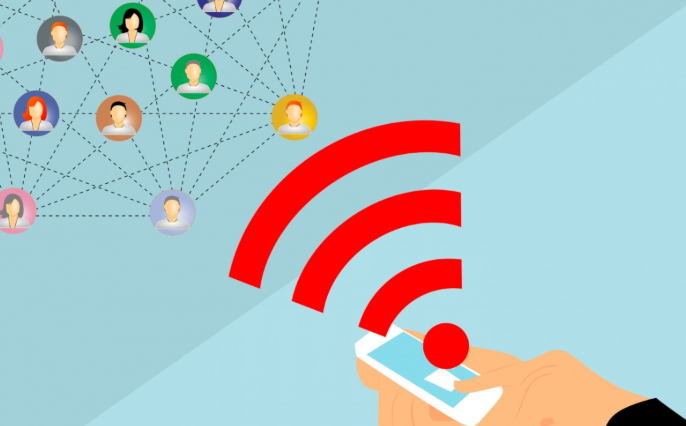