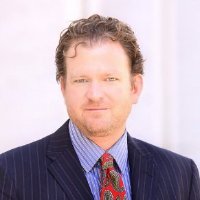 At the Top Of The Legal Game … Now What?

As a legal professional, the take-away from this morning’s news about the venerable Weil Gotshal acknowledging the “new normal” is:

Being at the top of the legal game does not equate into being immunized to the radical changes occurring in the business of law.

Like the climber in the picture to the right, while it may look great ahead, does not the picture sure change if there is a rapidly approaching massive snow storm behind him?

While I have long been convinced that the legal profession is undergoing radical change akin to what happened to the United States steel industry in the 1970s, I have to admit that I was hit off guard when I woke up this morning to the headline from @law360 that “More BigLaw Layoffs Expected After Massive Weil Cuts.”

Behind the headline lies a profound reality check that will surely have a ripple effect across the legal profession from top to bottom – the elite New York based law firm Weil Gotshal has instituted both:

Rather significant layoffs of support staff and lower level attorneys, and
Implemented downward “meaningful compensation” adjustments for dozens of partners (out of approximately 300 partners at the firm).

The economics that drove such decision themself are not surprising. Instead, what stands out to me is that it took so long and took what I consider a bellwether in the legal profession to cause such an immediate shockwave …. and which undoubtedly is just the start of a long-lasting ripple effect.

In college I was an economics major and always was intrigued by what drives industry-level economic change. So for the past few years I could not help but often think about the parallels between what happened to the United States steel industry in the 1970s and what is occurring now at the highest levels of the legal profession. Weil Gotshal’s announcement today drove home ominous parallels.

So after a short internet search, I came across a 2012 Pittsburgh Post-Gazette article entitled “For Pittsburgh A Future Not Reliant On Steel Was Unthinkable … And Unavoidable.” In this article, the author astutely states:

The story of Pittsburgh’s transformation over the last 30 years does not start with the economic miasma of the early 1980s. It starts with — or, rather, evolved from — the many decades of business and political decisions that preceded the steel industry’s collapse.

So why has Pittsburgh been forced to change so much since the 1980s? Answering that requires first asking this: Why did Pittsburgh’s economy refuse to diversify for so many years, before the worst had come — and after it had been predicted?

The parallels between the legal profession and the Pittsburgh steel industry are almost eerie and go far beyond industries that both merely experienced some sort of transformation. Today, I cannot help but think the following:

The announcement by Weil Gotshal is both “unthinkable …. and unavoidable” and also “starts with — or, rather, evolve[s] from — the many decades of business … decisions that preceded” the announcement.

Like the steel industry, large law firm management (consisting almost entirely of attorneys) steadfastly held off taking pro-active steps to adjust their business model “before the worst had come — and after it had been predicted.” As a result, the legal profession is now being forced to change very fast – with the pressures of change only accelerating more and more each day in my opinion.

“Yes Houston, The Law Firm Business Model Has a Problem”

One of the first questions that has to be raised within the legal profession is: what is the role of professional management (not “if” there is a role).

Over a year ago in a Wall Street Journal piece entitled “The Law Firm Business Model Is Dying,” Clifford Winston and Robert W. Crandall observed that among many structural problems:

Law firms are aware of the value that professional business managers can add to their operations. But regulations that prohibit the ownership of law firms by nonlawyers prevent those firms from fully realizing the value of managerial skills and oversight that professional management could bring.

Read the rest of the item on the Strategic Deals Blog.