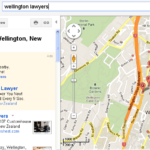 Heavyweight New York-based lawyers Weil Gotshal & Manges is laying off associates and support  staff in a move that has surprised many who saw the legal industry in a recovery mode.

Reuters have reported that WGM will lay off 60 associates and 110 support staff.  The firm has 1200 lawyers and the report came from a memo talking about the “new normal” in legal services, which had forced the firm’s hand.

“It appears that the market for premium legal services is continuing to shrink,” the firm’s executive partner, Barry Wolf, wrote in the email, which the firm provided to Reuters.

In addition to the layoffs, the firm said it would make “meaningful compensation adjustments” for some of its partners.

Many law firms have cut costs and reduced staff levels in the wake of the financial crisis.

Weil, however, had been largely insulated thanks in part to its robust bankruptcy practice. Most notably, the firm guided Lehman Brothers through its 3-1/2-year restructuring, yielding hundreds of millions of dollars in fees.

Peter Zeughauser, a law firm consultant, said firms are likely to keep cutting costs, as corporate clients continue to turn to less-expensive options for basic legal services like in-house attorneys and outside consultants.

“The client pressure is unrelenting, and it’s going to bring about further change,” he said.

In his memo, Wolf emphasized that Weil has no outstanding debt, a fully funded partner pension plan and virtually no compensation guarantees. Those were some of the factors that led to the demise of Dewey & LeBoeuf, another large firm that filed for bankruptcy in 2012 after cutting partner pay in an effort to escape a crushing debt load.