There are many things that only government can do. When it fails to excel, no one else can step in. We are all worse off.

Immigration policy is one example. The reports of widespread corruption in the sector affront our national psyche. Only government can stop it.

The quality of our legal system is another example. A New Zealand Initiative report last month highlighted grounds for concern.

The concern arose from the World Bank’s 2018 Doing Business report. First the good news. It is New Zealand’s number 1 ranking overall for ease of doing business. That is out of 190 countries.

We ranked best in the world for three of 10 component aspects. We were in the top 10 for another three. We were not so good for the remaining four. Two of these are judicial.

Thirty one of 190 countries ranked ahead of New Zealand for ease of resolving insolvency. Only 17 ranked ahead of Australia. Japan, Finland, and the US filled the top three positions.

In the Bank’s standard case, survey respondents assessed that it would take 1.3 years to resolve the case in New Zealand. The cost would be 3.5% of the estate and 84.2 cents in the dollar would be recovered. Our lowest rank across these three categories was 23rd. Australia was faster, but more than double the cost and its recovery rate was not as good.

Norway was very impressive. Survey respondents considered it would take 0.9 years, cost only 1% of the estate and recover 93.1 cents in the dollar.

What dropped our overall ranking to 31st was a 94th rank for our insolvency framework. Australia was 49th. The US, Germany and Finland were in a group of six with the top rank. Australia owes its higher ranking than us to better frameworks for dealing with post-commencement credit and information requests.

Our other problematic judicial component was relatively poor was the ease of enforcing contracts. Twenty of 190 countries ranked ahead of New Zealand. The top three were South Korea, Singapore and Australia in that order. Why not New Zealand too?

These ranks embody three considerations. They are the time it takes, the cost, and the quality of each country’s judicial processes.

New Zealand was second only to Singapore for timeliness. Very good, but short of excellent. The gap was large, 164 days for Singapore, 216 for New Zealand. Why?

Enforcement in New Zealand was high cost. Survey respondents assessed it to be 27% of the amount claimed. It was lower in 90 countries. It was lowest in Iceland at 9%. In South Korea it was 12.7%.

The big issue here was not court costs, it was lawyers’ fees. The Bank’s survey put them at 22% of the amount claimed. Something is wrong there.

A very poor score for the quality of our judicial processes was a further factor. Fifty-three countries ranked above us. Australia was top ranked among the 190 countries. It outscored us for all four sub-categories. One does not have to be very parochial to find this galling.

Well, so what? How important are these deficiencies for community wellbeing?

I have no idea myself. I am not a lawyer and know almost nothing about our courts or judicial processes. But I sense it could be very important. The rise of recourse to mediation and arbitration could be a symptom of problems with our courts.

New Zealand does not have a court or division dedicated solely to hearing commercial cases.

I asked a range of legal experts on an informal basis what they thought of the Bank’s findings.

What I have gleaned is preliminary. Readers can surely offer more insights.

On why legal fees are so high, I got a strong view that forced disclosure is a factor. Litigants can force up opponent’s costs by demanding documents to an absurd degree. This has developed in recent decades. The rules limiting disclosure need to be more stringent.

Our judicial processes are lagging in adopting electronic technologies. That is one reason for our low ranking for this factor. However, none of those I have consulted seem to think this is very important for well-being.

Another concern could be more important. It is that New Zealand does not have a court or division dedicated solely to hearing commercial cases. Even the supreme court in New South Wales does.

I am told that this lack is a source of considerable concern to legal practitioners. However, the powers to be seem unwilling to respond effectively to this concern. Perhaps that issue needs more sunlight.

I conclude there are grounds for real concern about aspects of our judicial system. Their source, nature and significance remains a matter for expert debate.

The public interest in this requires informed public debate. We should look to learn from others. A public assessment by the Ministry of Justice would help. The Initiative’s report advocated that.

Bryce Wilkinson is a Senior Fellow at the New Zealand Initiative 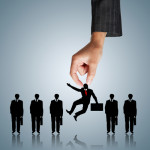 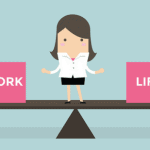