LawFuel.com – The White House – This week, the U.S. Senate voted to consider the Employment Non-Discrimination Act, or ENDA. This legislation has a very clear purpose: to make sure that no one can be fired for who they are or who they love.

Right now, only 17 states prohibit employment discrimination against LGBT workers. That leaves millions of Americans who go to work every day fearing that they could lose their job because of who they are.

As the President said earlier this week, that’s not acceptable.
[wp_ad_camp_1]
A majority of Americans assume there is a prohibition against discrimination based on sexual orientation in the workplace. There’s not, and that’s exactly why this is so important — and why we need your help to get the word out. Yesterday, Press Secretary Jay Carney explained what ENDA does, and why it’s so important in the fight for equality.

Watch the video — and pass it on so that other people know what a big deal this is.

At a time when Washington is spending so much of its time bickering over partisan issues, Congress has an opportunity to make a real difference in the lives of millions of Americans by passing this commonsense — and overdue — law.

ENDA is set for a final vote in the Senate, and then the House needs to pass it. Americans need to know where members of Congress stand, and what is at stake.

We need your help — please watch this video, and forward it on so that all Americans learn how important this is, too. 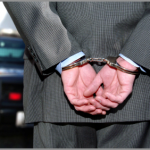