Preet Bharara, the United States Attorney for the Southern District of New York, Michael Nestor, Acting Inspector General of the Port Authority of New York and New Jersey (the “Port Authority”), Shantelle P. Kitchen, the Acting Special Agent-in-Charge of the New York Office of the Internal Revenue Service, Criminal Investigation (“IRS-CI”), Douglas Shoemaker, Regional Special Agent-in-Charge of the U.S. Department of Transportation’s Office of the Inspector General (“DOT-OIG”), and Cheryl Garcia, the Special Agent-in-Charge for the New York Regional Office of the U.S. Department of Labor’s Office of the Inspector General (“DOL-OIG”), Office of Labor Racketeering and Fraud Investigations announced that LARRY DAVIS, President and Chief Executive Officer of DCM Erectors, Inc. (“DCM”) was charged today with engaging in a fraudulent scheme to violate the Port Authority’s Minority and Women-Owned Business Enterprise Program (“M/WBE Program”), which is designed to increase the role of minority and women-owned businesses working on its projects. In addition, the principals of the MBE and WBE previously pled guilty before U.S. District Judge Robert P. Patterson for their roles in the fraudulent scheme and agreed to forfeit their crime proceeds. DAVIS surrendered today to a Complaint and was presented this afternoon in Manhattan federal court before U.S. Magistrate Judge Freeman.

Manhattan U.S. Attorney Preet Bharara said: “Larry Davis and his company had the special privilege of working on the World Trade Center Project, which is not only a major project, but is also one that holds a special place in New Yorkers’ hearts. Davis gained contracts for his company worth almost $1 billion for construction work at the World Trade Center. These contracts came with the responsibility to increase the role of minority and women-owned businesses in the project, which are important to both the community and the economy. Instead, as alleged in the Complaint, Davis committed fraud by claiming that work was going to minority and women-owned businesses when it was not. Davis allegedly tried to cheat the system and deserving businesses out of work.”

Port Authority Acting Inspector General Michael Nestor said: “The Port Authority made a commitment to prevent fraud from occurring in the rebuilding of the WTC site and implemented a robust Fraud Prevention Program, including the use of integrity monitors. Unfortunately, the defendant, despite holding nearly $1 Billion in WTC contracts, seized upon the opportunity to engage in fraudulent activity undermining the role of minority and women-owned businesses at the WTC site. His activity was detected by the Inspector General’s integrity monitor on the 1 WTC project, and then working with the US Attorney’s Office and our law enforcement partners, was thoroughly investigated making today’s announcement possible. I want to thank the Port Authority’s World Trade Center Construction Department for their assistance. The Port Authority OIG will continue to work diligently to prevent and detect fraud at the WTC site and on other Port Authority projects.”

IRS-CI Acting Special Agent-in-Charge Shantelle P. Kitchen said: “This investigation uncovered schemes that, for years, exploited a program designed to encourage minority and women-owned business to participate in Port Authority projects. IRS-Criminal Investigation is committed to using its financial investigative expertise to unravel complex frauds. We are proud to be part of the collective law enforcement effort on this investigation; it demonstrates the government’s resolve to protect public funds and its commitment to ensure the public’s trust.”

DOT-OIG Regional Special Agent-in-Charge Douglas Shoemaker said: “Fraud harms the integrity of Port Authority’s M/WBE program and hurts law-abiding, small business contractors trying to compete on a level playing field. Working with our Federal, State, and local law enforcement and prosecutorial partners, we will continue our vigorous efforts to pursue those who violate the law, and expose and shut down fraud schemes that illegally take advantage of minority and women-owned business enterprises.”

According to the Complaint, Informations, other documents filed in the case, and statements made today in Manhattan federal court:

The work to be performed by DCM for the World Trade Center Project included, but was not limited to, drafting and engineering, surveying, structural steel supply and erection, and supply and installation of metal decking. As a result of change orders and changes in the scope of work, among other things, DCM’s contracts for the World Trade Center Project increased during the course of the Project to almost $1 billion.

The Port Authority’s M/WBE Program is designed to ensure that M/WBEs receive work on its projects and applies to the World Trade Center Project. Pursuant to the M/WBE Program, all contractors, including trade contractors such as DCM, are obligated to make good faith efforts to enter into subcontracts with M/WBEs, the total value of which must equal at least 17 percent of the overall contract amount (12 percent for MBEs and five percent for WBEs).

In order to satisfy the M/WBE Program, DAVIS engaged in a fraudulent scheme in which he caused DCM to claim that certain work was performed by a minority-owned business, Solera/DCM Joint Venture LLC (?Solera/DCM?), and a woman-owned business, GLS Enterprises, Inc. (“GLS”), when, in truth and in fact, DCM itself performed such work or arranged for such work to be performed by other non-M/WBE subcontractors and GLS was not an independent WBE.

Solera/DCM is a joint venture between DCM and a minority owned business, Solera Construction, Inc. (“Solera”), which is owned by JOHNNY GARCIA (“GARCIA”), a qualified minority business owner who previously pled guilty for his role in the fraudulent scheme. Solera/DCM is owned 60 percent by Solera and 40 percent by DCM. DCM and DAVIS established Solera/DCM as a joint venture majority owned by Solera with the express purpose of using it to satisfy MBE requirements on public construction projects.

From 2009 through in or about August 2012, DAVIS caused DCM to misrepresent to the Port Authority that Solera/DCM performed certain work on the World Trade Center Project when, in truth and in fact, the work, including metal decking and steel procurement, was performed by a non-minority contractor or by DCM itself, respectively. To facilitate the fraud, DAVIS directed Solera/DCM to place laborers who worked for a non-minority contractor performing metal decking on Solera/DCM’s payroll and then invoice DCM for such laborers? time and also created certain invoices and directed GARCIA to sign them to make it appear as if Solera/DCM procured steel, when, in truth and in fact, DCM did so. DCM claimed MBE credit for work purportedly performed by Solera/DCM on the World Trade Center Project in the total amount of approximately $70 million. As part of the fraudulent scheme, DCM paid GARCIA a total of at least $2 million ($150,000 in annual salary and additional monthly payments).

The owner of GLS is GALE D’ALOIA (“D’ALOIA”), who served as GLS’s Chairwoman and Chief Executive Officer and previously pled guilty for her role in the fraudulent scheme. Even though GLS was nominally independent from DCM and DAVIS, GLS’s only client and source of revenue was DCM (and its affiliates) and D’ALOIA performed the same payroll management duties under the name GLS that she previously had performed in her role as an employee of DCM. D’ALOIA also reported to DAVIS whose approval was required for any major expenditures and which were paid for by DCM. Accordingly, under the WBE program, GLS was not a bona fide independent business because its viability depends on its relationship with another firm or firms, namely DCM.

From 2009 through in or about September 2012, DAVIS caused DCM to fraudulently claim WBE credit for GLS’s payroll management work and also misrepresented to the Port Authority that GLS performed surveying work on the World Trade Center Project when, in truth and in fact, the surveying work was performed by DCM itself. To facilitate the fraud, DAVIS directed GLS to place unionized surveyors who had been on DCM’s payroll on its payroll and then to certify such payroll and invoiced DCM for the workers even though DCM continued to actually supervise them. As compensation for engaging in the fraudulent scheme, DAVIS paid GLS 10 percent of each week’s total payroll for the surveyors, which totaled approximately $575,000.

DAVIS, 63, of Mississauga, Ontario, Canada, is charged in two counts with wire fraud and a conspiracy to commit wire fraud. He faces a maximum sentencing on each charge of 20 years in prison, three years of supervised release, and a $100 special assessment.

GARCIA, 48, of Ossining, New York, is charged in two counts with wire fraud and a conspiracy to commit wire fraud. He faces a maximum sentence on each charge of 20 years in prison, three years of supervised release, and a $100 special assessment. As part of GARCIA’s plea agreement, he has agreed to forfeit $669,000. A sentencing hearing date for GARCIA has not yet been scheduled.

D’ALOIA, 66, of Charleston, South Carolina, is charged in two counts with wire fraud and a conspiracy to commit wire fraud. She faces a maximum sentence on each charge of 20 years in prison, three years of supervised release, and a $100 special assessment. As part of D’ALOIA’s plea agreement, she has agreed to forfeit $575,000. A sentencing hearing date for D’ALOIA has not yet been scheduled.

The charges contained in the Complaint are merely accusations and the defendant is presumed innocent unless and until proven guilty. The maximum potential sentences in this case are prescribed by Congress and are provided here for informational purposes only, as any sentencing of the defendants will be determined by the judge.

This case is being prosecuted by the Office’s Public Corruption Unit. Assistant United States Attorney Carrie H. Cohen is in charge of the prosecutions. 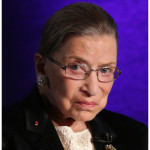