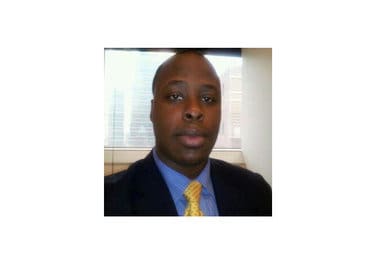 Joon H. Kim, the Acting United States Attorney for the Southern District of New York, announced that KWAME INSAIDOO, the former executive director of United Block Association (“UBA”), a New York-based non-profit organization, was sentenced to 48 months in prison and his wife ROXANNA INSAIDOO was sentenced to 30 months in prison, in connection with their embezzlement of over $580,000 from UBA, defrauding their mortgage lender of approximately $200,000, and related crimes. They were convicted on May 2, 2017, following a one-week jury trial before United States District Judge Valerie E. Caproni, who also imposed today’s sentence.

Acting U.S. Attorney Joon H. Kim said: “As a Manhattan jury found, Kwame Insaidoo and Roxanna Insaidoo stole hundreds of thousands of dollars from a government-funded non-profit organization dedicated to serving senior citizens. The Insaidoos enriched themselves and their family with taxpayer money that was supposed to support four senior centers in Upper Manhattan. Now this husband-and-wife crime duo will serve time in prison for those crimes.”

In imposing sentence, Judge Caproni stated that the “message has to be sent” that “it is not acceptable to steal money from the City that is designed for charitable goals to line your own pockets.”

According to the Indictment, other filings in Manhattan federal court, and the evidence admitted at trial:

UBA was a non-profit organization headquartered in New York, New York, that was controlled by KWAME INSAIDOO, its former Executive Director. UBA had contracts with New York City through which it received taxpayer funds, including federal funds, to operate and provide healthy meals and programming to the elderly at four senior centers in Upper Manhattan.

In an effort to evade scrutiny regarding the embezzled funds, KWAME INSAIDOO repeatedly lied to the City, including to its auditors, in order to maintain UBA’s funding and to conceal the funds he and his wife had diverted to their shell company.

In 2011, KWAME INSAIDOO and ROXANNA INSAIDOO also engaged in a scheme to defraud their mortgage lender in connection with a modification of their mortgage under the federally-sponsored Home Affordable Modification Program, by underreporting their income and assets, including the hundreds of thousands of dollars they had embezzled from UBA. This scheme led to a write-off of almost $200,000 from KWAME INSAIDOO and ROXANNA INSAIDOO’s home mortgage.

In addition to the prison terms imposed today by Judge Caproni, KWAME INSAIDOO, 61, and ROXANNA INSAIDOO, 63, both of Bay Shore, Long Island, were ordered to forfeit a sum of $779,039.62.

Mr. Kim praised the outstanding investigative work of the New York City Department of Investigation and the Criminal Investigators of the United States Attorney’s Office for the Southern District of New York.

The case is being handled by the Office’s Public Corruption Unit. Assistant U.S. Attorneys Eli J. Mark and David Zhou are in charge of the prosecution.