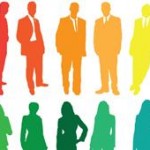 The growth of corporate law has seen a commensurate growth in their power, particularly over the outside law firm.

However did anyone really expect the results that emerged from a recent study of law firm performance in the UK that has levelled some heavyweight charges against law firms, calling them complacent and lazy, among other plaudits?

The survey, reported in The Lawyer, has found “a litany of complaints” around outside law firms, with corporate lawyers displaying their frustration at the behaviour of firms.

An assessment of significant reviews conducted since the beginning of the year, including Siemens (14 January 2013), Financial Conduct Authority (2 April 2013), and Colgate Palmolive (20 May 2013) shows a strong trend of corporates reducing and consolidating the number panel place available. Leading in-house counsel are pressing for enhanced services and keener fee deals.

One leading GC told The Lawyer that one of her biggest bug-bears was “current [panel] firms being complacent and assuming that they don’t have to try because you know them and regard them so highly you will make sure they get through the process”.

Another pinpointed law firm laziness, confusion and arrogance as significant concerns. “A problem is pitch teams that don’t prepare for interviews properly. For example, not knowing the written pitch, being inconsistent, not thinking hard enough about the client and how to show you understand them and then not working out when you are boring the client and shutting up.”

Other in-house heads of legal agreed, with one saying a top-of-the-list pet hate is “law firms that don’t read our questions properly or insist on answering the questions they would rather you had asked”.

Even when law firms and their BD departments make an effort and tone down the arrogance, they can still miss the mark. Firms are advised not to include “lots of standard marketing or business development stuff in the pitch, which is not tailored to your needs or the questions you have asked, so it doesn’t tell you what you need to know to make your decision – or it makes it hard work to find the answer”. Also coming in for criticism are “long and/or disorganised responses that take a lot more time and effort to read and mean you have to search for the answers to your questions”.

Particularly caustic was one GC who slammed law firms for not being “open and honest about their areas of weakness”. Commented the in-house lawyer: “That is really irritating. It is very disappointing when the chat is better than the legal work. Law firms shouldn’t simply rely on their supposed reputations and their positions in the directories.”

However, it wasn’t all one-way traffic as the criticisms didn’t flow exclusively from GCs – senior law firm business development staff at leading firms had their own list of complaints about corporate behaviour during panel reviews.