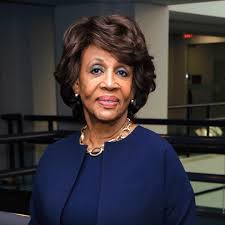 Anthony Scott Lloyd, 44, was charged with one count of threatening a United States official in an indictment filed Friday in United States District Court.

Lloyd was arrested in this case on November 9, one day after federal prosecutors filed a criminal complaint that accused Lloyd of making the threatening phone call to Rep. Waters’ office. According to the affidavit in support of the complaint, Lloyd called the Congresswoman’s office on October 22 and left a voicemail laced with expletives and epithets that uses the words “dead” and “kill” a total of four times.

Lloyd, who was freed on a $20,000 bond after his arrest, is scheduled to be arraigned on the indictment on December 7.

If he were to be convicted of making the threat against Rep. Waters with the intent to interfere with the Congresswoman while she engaged in her official duties, Lloyd would face a statutory maximum sentence of 10 years in federal prison.

This case is being prosecuted by Assistant United States Attorney Veronica Dragalin of the General Crimes Section.