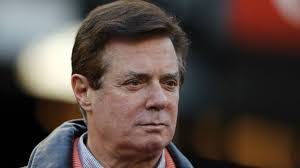 On October 30, 2017 Paul Manafort, the former campaign chair for president Donald Trump was indicted by a Federal Grand Jury in the District of Columbia. The charges arise from Manafort’s unregistered consulting and lobbying efforts on behalf of the former president of the Ukraine. The charges that are in the common interest to all U.S. taxpayers are those relating to undisclosed foreign financial accounts and tax evasion.

” in furtherance of the scheme, Manafort and Gates funneled millions of dollars in payments into foreign nominee companies, opened by them and their accomplices in nominee names and in various foreign countries, including Cyprus, Saint Vincent & the Grenadines …and the Seychelles. Manafort and Gatges hid the existence of the foreign companies and bank accounts, falsely and repeatedly reporting to their tax preparers and to the United States that they had no foreign accounts”.

These alleged acts on the part of Manafort and Gates are common techniques used by taxpayers to avoid reporting foreign income. The problem is that there is a price for getting caught. The risk of getting caught is now greater than ever. The Foreign Account Tax Compliance Act, (FATCA) requires foreign financial institutions to report to the IRS on at least an annual basis all account holders who have indicia of being U.S. taxpayers.

The indicia include, a use of a U.S. Passport to open the account, a U.S. address, phone, email or fax number or wire transfers to the U.S., among other items. There are severe penalties for a foreign financial institution that does not comply with the FATCA rules.

Manafort, according to the Indictment consciously chose not to report and instead lied to his tax advisors by denying that he had foreign accounts

So, there is a good chance that if a U.S. person has a foreign financial account the IRS will be notified. There is nothing in U.S. law, tax or otherwise, that prevents a U.S. citizen from having an offshore account, so long as it is properly disclosed and tax paid on income earned on the account. The disclosure is made by annual filings under the Bank Secrecy Act on an FBAR, (FinCEN Form 114) and on annual income tax returns on Schedule B and Form 8938. Foreign owned corporations, partnerships and trusts must also be reported on separate information returns.

Manafort, according to the Indictment consciously chose not to report and instead lied to his tax advisors by denying that he had foreign accounts.

This is also a common action among non-compliant taxpayers. As a result they have made their accountants adverse witnesses when the government acts. Since there is no accountant-taxpayer privilege all statements made by a taxpayer to his/her accountant can be used by the government to establish “willful” conduct.

As the Indictment demonstrates the case for willful failure to file an FBAR and tax evasion, (subscribing to a false return) is a rather straight forward case. First, the government calls an IRS agent to testify that FBARS were required to be filed and were not and second that income from undisclosed foreign financial accounts was earned and not reported on a federal income tax return. The use of shell companies, trust and other structures to disguise beneficial ownership of the accounts can give rise to charges of Money Laundering. Manafort is also charged with Money Laundering.

The statutory monetary penalties for willfully failing to timely file an FBAR are the greater of $100,000 or 50% of the highest account balance per account per year. However, in some cases like the Manfort case, the government may seek Asset Forfeiture in the criminal case. What that means is that the government wants all property acquired by use of unreported foreign funds to be forfeited to the government.

This charge is intended to deprive the defendant of all benefit of the alleged criminal conduct. These are just the risks associated with criminal charges. There are in addition civil tax penalties, including a civil Fraud penalty of 75% of the tax liability. The defenses in classical FBAR prosecutions are often ineffective in that the conviction rate on tax and FBAR cases runs in the 90+% range.

The Indictment in substance alleges that Manafort ran nearly $75 million through undisclosed foreign accounts and failed to report $18 million in income. Manafort’s first error; had he timely filed FBARS and paid tax on the income he would not be facing Indictment. But, having failed to timely file FBARS and report his income he could have come forward through the I.R.S. Offshore Voluntary Disclosure Program at any time prior to the government beginning its investigation. Meaning any time after the due date of his 2011 FBAR (June 29, 2012).

The most telling point in the Indictment is the fact that “Manafort and Gates hid the existence of the foreign companies and bank accounts, falsely and repeatedly reporting to their tax preparers and to the United States that they had no foreign accounts”. We can only help you if you tell us the truth no matter how ugly.

The voluntary disclosure program is a “no fault” program meaning no matter how deliberate your intentions if you come forward before the government has knowledge of your actions you will avoid prosecution. And, in Manafort’s case, potential Asset Forfeiture.