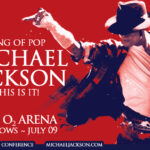 Michael Jackson is hitting the headlines again, this time with one of the highest-ever lawsuits claiming $40 billion in damages in one of the biggest wrongful death lawsuits ever and one that will raise the eyebrows and interest of medical malpractise attorneys everywhere.

Jackson died nearly four years ago after receiving a lethal does of the anaesthetic Propofol administered by the doctor who was subsequently convicted of manslaughter, Dr Conrad Murray.

Jackson’s family, lead by the 82 year old mother Katherine Jackson have mounted the massive lawsuit against the promoters of his forthcoming tour, AEG Live and will involve an array of star witnesses ranging from Oprah Winfrey and Diana Ross to Quincy Jones and of course the Jackson family.

To add star-power to the massive suit, it is also being held in the same courtroom where the OJ Simpson trial occurred.

The family claim that Dr Murray was largely a pawn of AEG and his actions reflected the negligence shown by the Defendants in the manner in which they looked after, or failed to look after the entertainer’s health and interests.

Medical evidence will be foremost in the action and medical aspects of the case have involved top medical lawyers, including a plaintiff medical team from Koskoff, Koskoff & Bieder who have been requested to assist in the prosecution.  The Connecicutt-based medical malpractise law firm who will be involved in the hearing of evidence form 16 medical witnesses who are currently set down to provide testimony as well as 12 additional medical witnesses.

The jury has been chosen and opening statements are due this week with a trial due to last two or three months.

Handling the defense is a team from LA-based lawyers O’Melveny & Myers who have around 50 lawyers working on the case.  But, as medical malpractise lawyer Michael Koskoff said:  When the matter gets to court, “it all levels out.  It’s a great thing about the system”.