Former Attorney General and Treaty Minister Chris Finlayson QC has not been slip, slipping away completely quietly following his impressive stint in Government. Returning to the Bar via Bankside Chambers in Auckland he has been quick to castigate his former Party’s selection of various candidate selection weirdos by saying they deserve everything coming to them.

He has however been able to indulge in more personal interests in the arts, via his appointment recent to the Symphony Orchestra Board to run alongside his roles with the Adam Foundation and the Archibald Baxter Trust. He also stepped into the fracas over the National Library plans to rid themselves of 50,000 books, where he headed a delegation to achieve a stay of execution over the Library’s “madness”.

He does however maintain an active, if lower profile role as barrister handling litigation and mediation matters.

His nine years as a Crown Minister and as Attorney General have provided a ready cache from which to draw. Although his last case before entering Parliament involved acting for the Sisters of Mercy in an historic abuse case where he was successful in both the High Court and Court of Appeal., he has doubtless been receiving instructions across the range of areas for which he has expertise.

A wealth of Treaty knowledge, sharp legal brain and wealth of private and public law experience will see him become a central figure o the New Zealand legal landscape, notwithstanding his exit from Parliament.

Unlock the Power of Digital Marketing For Lawyers: 7 Key Strategies to Attract More Clients and Grow Your Practice in 2023

UK Law Job Alert – Which Law Firm Is Best To Work For? 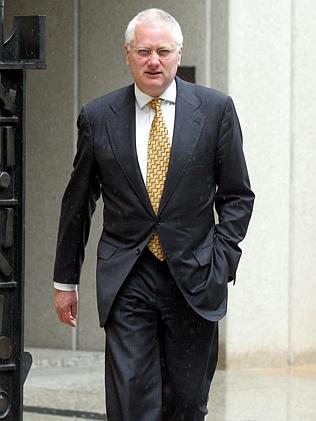