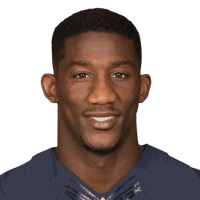 LOS ANGELES – A tax attorney who represented retired professional football player Antrel Rolle surrendered this morning to federal authorities after being charged with fraudulently claiming refunds for Rolle, stealing those refunds, and then filing false documents with the Internal Revenue Service to cover up his scheme.

Hiram M. Martin, 69, a resident of the Northern California city of Fair Oaks, is scheduled to be arraigned this afternoon in United States District Court.

A federal grand jury returned an indictment on September 20 that charges Martin with attempting to obstruct and impede the administration of internal revenue laws and three counts of aiding and assisting in the preparation and presentation of false documents.

The indictment alleges that Martin submitted tax returns for Rolle that falsely claimed millions of dollars of charitable deductions and business expenses. As a result of these deductions, the IRS issued tax refunds of $322,008 for the 2005 tax year and $901,472 for the 2006 tax year. Martin allegedly directed the IRS to deposit the refunds into bank accounts he controlled or to mail the refunds to his address. He then used the money for his own personal benefit, according to the indictment.

After the IRS began auditing Rolle’s 2005 and 2006 tax returns, Martin submitted false documents to the IRS to conceal his fraud. For example, the indictment alleges that Martin sent the IRS false letters purporting to support the fraudulent deductions, and then, after the IRS rejected the deductions, petitions challenging the IRS’s assessments. Rolle’s signature was forged on some of the documents Martin used in the scheme.

Martin eventually agreed – without Rolle’s knowledge – to a judgment that imposed almost a $2 million tax liability against Rolle, according to the indictment. When Rolle learned of the judgment, he hired a new attorney, who was able to have the judgment set aside in 2015 because of Martin’s fraud on the Tax Court.

Martin is also accused of taking steps to ensure the IRS could not contact Rolle directly. For example, Martin allegedly provided the IRS with his own address and claimed it was Rolle’s address.

When the media reported in January 2010 that the IRS had issued tax liabilities against Rolle, Martin lied to Rolle and his family, falsely representing to them that the article was untrue, according to the indictment.

If Martin were to be convicted of the four counts in the indictment, he would face a statutory maximum sentence of 18 years in federal prison.