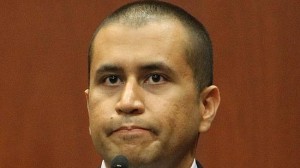 They had kept track of the time they worked on the case, News.com report. Each billed him for about 3,000 hours, according to O’Mara.
[wp_ad_camp_1]
In a high-profile but not very complicated murder case, the relationship between lawyer and client and money long ago grew complicated. Only now, though, is that issue out in the open.

O’Mara took on the case in April 2012, saying he would represent Zimmerman at no charge. Then he discovered that Zimmerman and his family were raising funds via a website and that money was pouring in, at least initially.

Throughout the case, even after the trial, O’Mara said he and West had not been paid a dime, although they hoped to be someday.

In an interview this week, O’Mara said Zimmerman paid them “a minute amount” after the trial.

O’Mara is still hopeful, he said, that there might someday be money he and West can collect.

In truth, they have already benefited financially from Zimmerman’s legal-defence fund. Several months ago, O’Mara reported spending $52,550 on “law firm support and infrastructure.”

O’Mara and his spokesman never provided a detailed accounting as to what that included, but they said it was such things as more computers, upgraded software, new phones and improved office security.

West and O’Mara also formed a private partnership, Timber Run Enterprises LLC, and bought the building next door to O’Mara’s Concord Street office in downtown Orlando. That building, like O’Mara’s office, is a former single-family home for which the lawyers paid $270,000.