In what is dubbed as the biggest change to trust law in 60 years, people entitled to benefit from trusts will soon receive basic information about them. For some, finding out they’re a beneficiary of a trust may come as a surprise.

Henry Stokes, general counsel at estate planning firm Perpetual Guardian, said new disclosure requirements give beneficiaries the right to know a trust exists. They’re entitled to receive basic trust information: who the trustees are, their contact details, and any changes to trustees.

“From a beneficiary’s perspective, that’s to occur ‘as of right’: they don’t have to ask for the information – it’s to be given to them without asking or contacting the trustee/s,” Stokes said.

“The changes to the Trustee Act 1956 are the biggest we’ve seen in 60 years… it wasn’t common to have a trust in the 50s, whereas now it’s more common.”

Beneficiaries will also have the right to ask for more information, such as a copy of the trust terms. Effectively, this will ‘lift the hood’ on trusts, an option many beneficiaries are expected to take up.

“The Act ensures beneficiaries have access to sufficient information to ensure the trustees are doing their job,” Stokes added.

In many cases, it would be difficult for trustees to push back on providing financial information, particularly for trusts with income-producing assets. But the level of detail is likely to vary.

“Disclosure of the details will depend on the situation… for example, when trustees disclose financial accounts, it may show there’s been some distribution but it may not necessarily show the name/s of the recipients,” Stokes explained.

The Act ensures beneficiaries are updated regularly, requiring active management from trustees. Some trusts may also require trustees to communicate with beneficiaries on certain dates.

“Trustees [will] have to be on their game… you can’t be a passive (‘armchair’) trustee, you have to be actively managing the trust,” Stokes added.

Samuel Ames, associate at law firm Turner Hopkins, said under the Act each trustee is required to hold a copy of the trust deed. At least one trustee should hold core trust documents (e.g. the trust deed, variations, records of decisions, contracts, accounting records, trustee appointment/removal and memorandum of wishes).

The Trusts Act applies to all express trusts governed by New Zealand law including discretionary family trusts and will trusts.

Trustees should be aware of all trust beneficiaries and hold up-to-date contact information for them.

“Trustees should be looking at their trust now to ensure it is compliant before the new law comes into effect,” Ames said.

Among the reasons people set up trusts are protection from creditors, succession planning and to help protect them from relationship property claims. Set-up fees range from $1200 to $5000 and administration costs upwards of $500 a year. 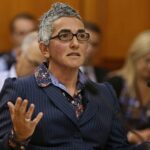 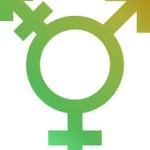