Law Society President Tiana Epati is taking a break from the demands of office to have a baby, after a busy schedule both with Law Society duties and including a busy court schedule.

This week she appeared in the Supreme Court with criminal law barrister Nick Chisnall, describing on LinkedIn how she had risen to her “swollen feet” as someone who was eight months’ pregnant.

“We always talked about one day presenting a criminal appeal together as equal co-counsel. And we finally did it. It takes a lot of trust and confidence to co-share a case, particularly at this level.”

Ms Epati, LawFuel’s Lawyer of the Year last year, has worked extensively as both a prosecution and criminal defence lawyer.

She is taking her break from 12 October to have her baby, returning mid-February 2021. She is married to fellow lawyer and founder of Kahui Legal, Matanuku Mahuika, (left) who is also chair of Ngati Porou Holdings 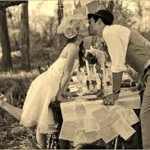 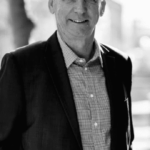