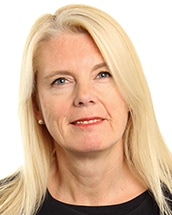 Partner Samantha Mobley has been nominated as an EMpower Advocate, as part of the EMpower Ethnic Minority Role Models 2018, presented by the Financial Times. This honour is awarded to an individual who has demonstrated contribution to ethnic minority inclusion in the workplace.

EMpower is a membership organisation that exists to challenge the lack of ethnic diversity in business – particularly at the most senior levels.

Commenting, Diversity & Inclusion Partner Sarah Gregory said: “This nomination reflects the hard work shown by Samantha and her dedication to creating an environment which is diverse and inclusive. As a BakerEthnicity partner sponsor, she has been instrumental in achieving the Firm’s objectives by driving greater ethnic minority inclusion. I am delighted to see her efforts recognised in this way.”

In 2017, Baker McKenzie was named as one of the UK’s Best Employers for Race in a new listing by the charity Business in the Community. Last October, the Firm launched the Colour Brave campaign in its London office, which seeks to create an environment where people feel comfortable talking openly about race and ethnicity. It is one of a number of initiatives led by BakerEthnicity which focuses on increasing the representation of BAME talent in the office. Baker McKenzie was the first law firm, for example, to introduce name blind recruitment removing the potential for discrimination based on name.