Another large Australian class action is on the way with a claim relating to bank mortgage finance agreements.

Reports indicate that Chamberlains law firm is planning a class action, instructed by MortgageDeception.com in a claim that is intended to represent bank customers who incurred losses since 2012 after entering mortgage loan contracts.

The law firm is now seeking clients to join the class action, led by Stipe Vuleta 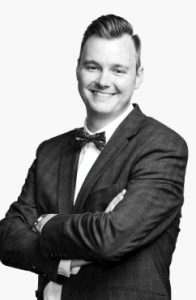 (pictured) , if they have “incurred financial losses due to irresponsible lending practices”.

The MortgageDeception site reads: “Those who have entered into loans with banks to purchase residential properties since 2011 are about to encounter difficulties. Since 1995, banks in the United Kingdom, Ireland, Australia and New Zealand have been making massive and obscene profits from providing finance to property purchasers. These banks have cared little about the lending practices adopted by them, and reckless lending has brought about huge and unsustainable increases in property prices.

“These lending practices are now leading to problems for both intending buyers and existing owners of property.

“We believe that the banking industry and its regulators have intentionally turned a blind eye to the irresponsible lending that has been taking place.”