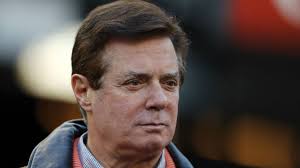 Audrey Strauss, the United States Attorney for the Southern District of New York, announced today that STEPHEN M. CALK was convicted of financial institution bribery and conspiracy to commit financial institution bribery, for corruptly using his position as the head of a federally-insured bank to issue millions of dollars in high-risk loans to Paul Manafort in exchange for a personal benefit: CALK’s placement on a 2016 presidential campaign and assistance from Manafort in trying to obtain a senior position with the incoming presidential administration.  CALK was convicted following a three-week trial before U.S. District Judge Lorna G. Schofield.

Manhattan U.S. Attorney Audrey Strauss said:  “A unanimous jury convicted Stephen M. Calk of approving millions of dollars in high-risk loans to Paul Manafort in an effort to secure a personal benefit, namely a high-profile spot on the presidential campaign and appointment as Secretary of the Army or another similarly high-level position in the incoming presidential administration.  Calk used the federally-insured bank he ran as his personal piggybank to try and buy himself prestige and power.  Today’s verdict sends the message that corruption at the highest levels of federally regulated financial institutions will be prosecuted by this Office.”

As reflected in the Indictment, documents previously filed in the case, and evidence introduced at trial:

STEPHEN M. CALK was the chairman and chief executive officer of The Federal Savings Bank, a federal savings association headquartered in Chicago, Illinois, with an office in New York, New York (the “Bank”).  The Bank was owned in its entirety by National Bancorp Holdings, a Chicago-based bank holding company (the “Holding Company”), and CALK was the chairman, chief executive officer, and owner of approximately 67% of the Holding Company.

Between in or about July 2016 and January 2017, CALK engaged in a corrupt scheme to exploit his position as the head of the Bank and the Holding Company in an effort to secure a valuable personal benefit for himself, namely, Manafort’s assistance in obtaining for CALK a senior position in the presidential administration.  During this time period, Manafort sought millions of dollars in loans from the Bank.  CALK understood that Manafort urgently needed these loans in order to terminate or avoid foreclosure proceedings on multiple properties owned by Manafort and Manafort’s family.  Further, CALK believed that Manafort could use his influence with the Presidential Transition Team to assist CALK in obtaining a senior administration position.

CALK thus sought to leverage his control over the Bank and the loans sought by Manafort to his personal advantage.  Specifically, CALK offered to, and did, cause the Bank and Holding Company to extend $16 million in loans to Manafort in exchange for Manafort’s requested assistance in obtaining a high-level position in the presidential administration.  For example, and while Manafort’s loans were pending approval, CALK provided Manafort with a ranked list of the governmental positions he desired, which started with Secretary of the Treasury, and was followed by Deputy Secretary of the Treasury, Secretary of Commerce, and Secretary of Defense, as well as 19 ambassadorships similarly ranked and starting with the United Kingdom, France, Germany, and Italy.

In approving these loans to Manafort, CALK was aware of significant red flags regarding Manafort’s ability to repay the loans, such as his history of defaulting on prior loans.  Moreover, given the size of the loans, Manafort’s debt became the single largest lending relationship at the Bank.  In order to enable the Bank to issue these loans without violating the Bank’s legal limit on loans to a single borrower, CALK authorized a maneuver never before performed by the Bank, in which the Holding Company—which CALK also controlled—acquired a portion of the loans from the Bank.

During the same time period, Manafort provided CALK with valuable personal benefits.  First, in or about the summer of 2016, during the Presidential Campaign—and just days after CALK and the rest of the Bank’s credit committee conditionally approved a proposed $9.5 million loan to Manafort — Manafort appointed CALK to a prestigious economic advisory committee affiliated with the campaign.  And second, in or about late November and early December 2016—after the candidate had been elected President, after Manafort’s first loan from the Bank had been issued, and while a second set of loans worth $6.5 million sought by Manafort was pending approval by the Bank— Manafort used his influence with the Presidential Transition Team to assist Calk, recommending CALK for an administration position.  Due to Manafort’s efforts, CALK was formally interviewed for the position of Under Secretary of the Army on January 10, 2017 at the Presidential Transition Team’s principal offices in New York, New York.  CALK was not ultimately hired.

To conceal the unlawful nature of his scheme, CALK made false and misleading statements to the OCC regarding the loans to Manafort.  For example, CALK falsely stated to the OCC regulators that he had not known that the Manafort’s properties had been in foreclosure prior to issuing the loans.  CALK also stated that he had never desired a position in the presidential administration.

Ms. Strauss praised the outstanding investigative work of the FBI and FDIC OIG.

This case is being handled by the Office’s Public Corruption Unit.  Assistant U.S. Attorneys Paul M. Monteleoni, Hagan Scotten, and Alexandra N. Rothman are in charge of the prosecution.