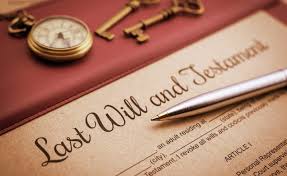 The new year is a good time to look ahead at what trends we may expect to see in the area of estate litigation in 2018. I have 4 predictions.

#1: The Volume Of Estate Litigation Will Continue To Increase

We are very likely to see an increase in the volume of estate litigation in 2018. There are many reasons for this.

First, our society is increasingly aging, and with more elderly people passing away each year, the scope of potential estates and trusts that could give rise to litigation increases.

Second, more money is being passed down via inheritance now than at any other time in human history, meaning that there’s much more to fight over than at any time in the past.

Third, our society is becoming increasingly litigious in general, so it’s not surprising that this carries over to the estate litigation context.

And fourth, new laws relating to trusts and estates are proliferating seemingly each year, opening up new areas of potential disputes. For example, within the past decade or so, we’ve seen a dramatic rise in the utilization of trust protectors (see my blog post discussing litigation involving trust protectors here), a proliferation of trust decanting statutes (see my blog post discussing disputes relating to trust decanting here), as well as the expansion of the Uniform Trust Code to nearly two-thirds of the states.

#2: Arbitration Clauses In Wills And Trusts Will Increasingly Be The Subject Of Litigation

More estate planning attorneys are inserting mandatory arbitration clauses in wills and trusts, whereby any beneficiaries who stand to take via the will or trust are deemed to have consented to binding arbitration to resolve any dispute. For a wide array of reasons that I’ll spell out in a future blog post, I generally think those provisions are counterproductive, as they can minimize the potential consequences of fiduciary misconduct, and can increase the financial and legal burdens on disadvantaged beneficiaries.

These clauses have been (and will continue to be) the subject of significant litigation in states where trustees or executors seek to invoke them to compel arbitration of disputes.

Opponents of the clauses frequently argue that they should be void against public policy, void under the Uniform Trust Code and other provisions of state law, and shouldn’t bind beneficiaries who did not have the chance to consent to their terms. We can expect further litigation ahead as states sort out whether they will permit the enforcement of those clauses or not.

#3: No Contest Clauses Will Continue To Expand In Their Scope And Breadth

Traditionally, no contest clauses (also called in terrorem clauses) covered conduct involving a direct contest to a will or trust. In the past decade or so, a number of estate planning attorneys have begun drafting much broader no contest clauses that purport to encompass conduct such as contests to beneficiary designations or joint-account designations, claims for breach of fiduciary duty against a trustee or executor, and actions that “impede” the administration of a trust or estate.

Critics of these broader no contest clauses contend that they inhibit a beneficiary’s ability to hold a fiduciary accountable, and further that they violate public policy, common law, the Uniform Trust Code, and equitable principles of law. As more trusts and wills are litigated with increasingly broad (and novel) no contest clause provisions, we can expect states to make an array of new case law regarding the extent to which broad no contest clauses will be enforced.

#4: The Default And Mandatory Rules Under The Uniform Trust Code Will Be Fleshed Out

Given that many states have adopted the Uniform Trust Code (or a modified version) within the past decade or so, there is not much case law that governs when and to what degree the default rules will prevail over certain terms of a trust that seek to limit a trustee’s duties or liability in various scenarios.

We can expect to see a sizeable amount of litigation on this subject in both 2018 and the years to follow.